Yang, the wife of former presidential candidate Andrew Yang, said she’s hopeful Hadden will finally be held accountable for the alleged abuse of dozens of women and girls over more than two decades while he was an OBGYN at Columbia University and its affiliated hospitals.

“I’m generally grateful that a fuller extent of his crimes will be revealed and hopeful that he will be held accountable to the fullest extent of the law,” she told The Post.

An indictment secured by federal prosecutors charges Hadden with enticing a girl under 18 and seven women to travel from out of state so he could sexually abuse them in New York from the 1990s up to 2012.

“I think the federal prosecutors have a lot of information that the DA didn’t have,” she said.

According to the indictment, Hadden knew his minor victim was underage when he abused her because he had delivered her at birth years earlier.

“I can’t say I’m surprised given what I’ve personally experienced with him, but it’s still sickening,” she said.

In a 2020 interview with CNN, Yang said Hadden sexually abused her during her first pregnancy in 2012 after grooming her with inappropriate questions about her sex life.

During one visit, she said was clearly assaulted.

“I was in the exam room, and I was dressed and ready to go. Then, at the last minute, he kind of made up an excuse,” she told CNN.

“He said something about, ‘I think you might need a C-section,’ and he proceeded to grab me over to him and undress me and examine me internally, ungloved,” she recalled.

“I knew it was wrong. I knew I was being assaulted,” she added.

In her statement to The Post last week, Yang called on Columbia University to reach out to all the women treated by Hadden.

“I believe there may be hundreds more women who were affected by him, and if they aren’t following the news, still have no idea that he’s a sexual predator,” she said.

“Every woman exposed to him deserves to know and examine their own experiences and medical records for abuse. Justice can’t really be served until all his patients know.”

Hadden faces more than 100 years in prison if convicted on all counts. 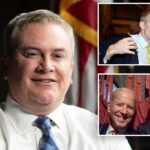 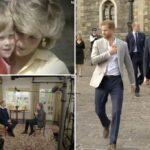