At least $1 billion of customer funds — and possibly as much as $2 billion — have gone missing in the shocking implosion of the crypto currency exchange FTX, according to reports.

Two senior FTX officials claimed they saw the evidence that the money was missing in copies of financial records Bankman-Fried shared with company executives last week, according to Reuters.

On Friday, Bankman-Fried stepped down from his CEO position as the Bahamas-based FTX filed for Chapter 11 bankruptcy, after scrambling to shore up an $8 billion liquidity crisis that has left investors unable to claim their funds.

At the same time, Miami-Dade County and the NBA’s Miami Heat abruptly announced Friday they are re-naming the FTX Arena and ending their relationship with the ruined company and disgraced founder.

“Miami-Dade County and the Miami HEAT are immediately taking action to terminate our business relationships with FTX, and we will be working together to find a new naming rights partner for the arena,” the county and team wrote in a joint statement.

A bid to save FTX via a rescue deal with rival exchange Binance didn’t work out, leading to crypto’s highest-profile collapse in recent years.

In text messages to Reuters, Bankman-Fried, one of the largest donors to the Democratic Party, said he “disagreed with the characterization” of the $10 billion transfer.

“We didn’t secretly transfer,” he said. “We had confusing internal labeling and misread it,” he added, without elaborating.

“???” was Bankman-Fried’s response, when asked about the missing cash. 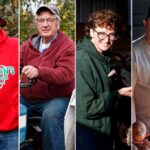 Farmers tell why US government will put them out of business 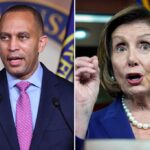