Members of the House Freedom Caucus drove a hard bargain before allowing new Speaker Kevin McCarthy to gain the gavel early Saturday morning — cutting a deal that gave the California Republican a slender victory and drastically increased the power of the conservative faction.

Florida Rep. Matt Gaetz, who led the anti-McCarthy forces, said he felt triumphant about the four-day, 15-vote brawl that could hamstring the new Speaker on the federal budget, committee assignments, and more.

“I feel like the American people won. I feel that the House of Representatives will be a healthier institution,” Gaetz crowed to The Post in a Saturday morning interview from Washington, DC. “Many of these things had been resisted by Kevin McCarthy as early as Monday and now we have an exquisite rules package.”

Freedom Caucus members will be granted several seats on the crucial House Rules Committee and House Appropriations Committee — a “very important” concession, Gaetz said. He declined to say who he was pushing for those roles.

The low-profile Rules Committee determines how new bills can be introduced into the House. Its members — often some of the body’s most senior lawmakers — can effectively stall bills of their choosing, making them some of the most powerful in the chamber.

Meanwhile, the Appropriations Committee is tasked with passing the all-important appropriations bills that fund the government. Seats on that committee have long been a target of House fiscal hawks.

Rumors are swirling that Freedom Caucus member Rep. Lauren Boebert (R-Colo.), is angling for a plum assignment on the Judiciary Committee. Gaetz insisted to The Post he has no plans to move from his current seats on the Judiciary and Armed Services committees.

Under new rules set to be adopted Monday, a single member will be allowed to introduce a “motion to vacate,” a vote on ousting the speaker, House insiders confirmed. Previously, five members were required to make such a motion.

“Any power that limits the speaker’s power is a step in the right direction,” said a jubilant Freedom Caucus staffer after McCarthy’s election. “The Freedom Caucus is more relevant than ever, and McCarthy won’t be able to get anything done without our endorsement and support.”

Freedom Caucus members also won a slew of other major concessions, including:

“I hope we have front-loaded a lot of the pain,” Gaetz said of the agonizing election process that embarrassed the Republican leadership and gave gleeful Democrats piles of fund-raising fodder.

“Sometimes you have an easy takeoff and a whole lot of turbulence — like with Speaker Paul Ryan,” Gaetz said. “Here we front-loaded the turbulence and I actually think it could result in better teamwork and a smoother flight for the 118th Congress.”

Gaetz drew cheers and jeers from his colleagues all week after leading a band of rebels against McCarthy.

Late Friday, after McCarthy failed by a single vote on the 14th ballot, Gaetz was confronted by Rep. Mike Rogers (R-Ala,) who lunged at him and had to be physically restrained by Rep. Richard Hudson (R-N.C).

“I’ve never seen Mike like that. He’s a quintessential old southern gentleman,” Gaetz said, dismissing the incident. “We have a longstanding positive and productive relationship. It was a momentary frustration on his part given the high drama and tension of the weak,” he added.

The firebrand Floridian said he didn’t get to bed until 3 a.m. Saturday morning and awoke later under the weather.

“I have the crud. It’s when you’re coughing up phlegm,” Gaetz said. “I have my sweet wife making me hot tea.” 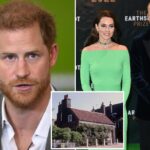 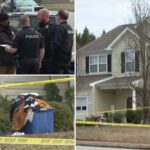