Dazed and confused doesn’t cut it on the bench.

An upstate town justice who once groused a case was “way over my head” has been censured for violating fundamental rules for jurists — including providing legal advice to one side of a case and calling a civil defendant “a real dirtbag.”

According to the Times Union, Arndt in 2018 blurted out his decision in a case was swayed by a defendant who’d been “getting real snotty.”

The 77-year-old ex-cop — who was never an attorney — also had to be told by a real lawyer that judges aren’t allowed to give legal advice to one party in a case, the commission found.

The commission noted during a small claims case in 2019, Arndt declared: “You’re really asking the court an awful lot to try and figure out on this, okay? It’s extremely confusing and there’s two words against — the two of you against each other.”

He then advised the plaintiff to get a lawyer who could “explain it to me.”

“This is not something I can do fairly and understand … I’m not that qualified to take care of it, to be honest with you,” he confessed, according to the commission.

And he once tried to administer an oath to “everybody” at the same time, while admitting in the same case, “Oh, I hate these civil cases.”

Arndt also told the plaintiff they should start another proceeding after speaking with an attorney “because really, it’s way over my head,” the commission stated.

Robert Tembeckjian, the commission’s administrator, said the “numerous and fundamental” violations justified the censure — the second-most severe punishment after outright removal from the bench.

Following the commission’s findings, Arndt agreed to get further judicial training and education.

“Judge Arndt respectfully states that his errors were innocent of any wrongful intent; that he did not knowingly, willfully, or intentionally act, at any time, in a manner that he believed would be unethical, or result in an unfair or unjust result to any civil litigant or criminal defendant appearing before him,” he responded to the commission earlier this year. 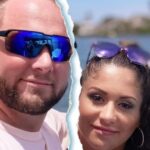 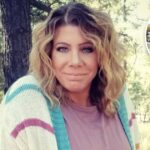