A California serial killer will spend the rest of his life in prison after he pleaded guilty to raping and killing four women while he and a friend were both out on probation for previous sex offenses.

Franc Cano, 36, fessed up Thursday to four counts of rape and murder that he carried out almost a decade ago over the span of five months with his creep companion Steven Gordon, the Los Angeles Times reported.

The pair, both already registered sex offenders, targeted women who worked as prostitutes in Anaheim and Santa Ana.

Cano and Gordon even had ankle bracelets on as part of their probation when they carried out the gruesome crimes, police said at a 2014 news conference.

Gordon was convicted and sentenced to the death penalty in 2017.

Cano and Gordon became suspects a month after detectives discovered the body of 21-year-victim Jarrae Estepp in an Anaheim trash sorting plant in March 2014, police said.

Authorities connected Cano to the murders with the help of his GPS monitor and from DNA found on Estepp’s body. In 2014, then-Anaheim police Chief Raul Quezada said the GPS data “was one of the investigative tools we used to put the case together.”

Authorities did not link the four victims to the suspects and considered them missing person cases instead.

“These individuals were not on our radar whatsoever,” now-former Santa Ana Police Chief Carlos Rojas said of the suspects in 2014.

“Our three missing in Santa Ana just completely went off the grid and we were trying to follow up as much as we could.”

By taking the guilty plea, Cano was guaranteed he would not face the death penalty, according to the LA Times.

Gordon, who represented himself during his trial, said the death penalty was a just punishment for himself and told jurors at one point, “if you kill four people like this in cold blood you deserved to die,” according to the Orange County Register.

The two men were accused of killing a fifth woman,  Sable Pickett, 19, but was never charged, the newspaper reported.

Both men were previously convicted of sex crimes against minors under 14 in separate cases before they went on their killing spree. The two knew each other since 2012 when they cut their ankle bracelets and got on a Greyhound bus before they were arrested by the feds later that year.

Cano’s lawyer argued to prosecutors that his client only followed the lead of Gordon, who he called an “alpha dog,” the LA Times reported.

“From birth, he was a follower,” lawyer Chuck Hasse said of Cano. 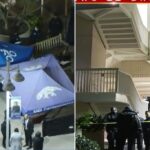 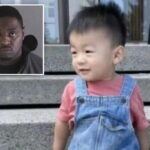