Four vacationers were stabbed and six were arrested at a drug-fueled party at an Airbnb in North Carolina early Monday morning, police said.

Police responded to a reported stabbing at the rental home in Marshall around 3:20 a.m., according to Madison County Sheriff Buddy Harwood. Four people were treated for “multiple stab wounds,” he said.

Six people were arrested, all of whom were charged with possession of multiple drugs.

Harwood did not say if the drugs played a part in the stabbings.

Police said they were all vacationing in the area, which is about 150 miles northwest of Charlotte near the Tennessee border, however it’s unclear if they were all staying at the same property. Police did not say where the vacationers were originally from.

Harwood called the stabbings “an isolated incident” in a statement.

The North Carolina State Bureau of Investigations is assisting with the investigation, he said.

Airbnb told WLOS in a statement that its safety team was investigating the incident and has offered support to the Madison County Sheriff’s Office.

The company said it plans to ban the guest who booked the reservation from the platform and is providing support to the host.

Airbnb did not immediately respond to The Post’s request for comment. 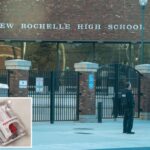 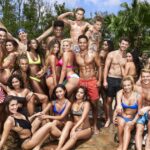 Which Seasons of ‘Are You the One?’ Lost? Who Didn’t Win