A passenger who died after a small plane crashed onto Santa Monica beach Thursday has been identified as the city’s former mayor, 95-year-old Rex Minter, officials confirmed.

The plane landed upside down along the shore just after 3:15 p.m. after only nine minutes in the air, and both the pilot and Minter — who were the only two on board — were hospitalized, authorities said.

The City of Santa Monica said Friday that Minter died from his injuries.

“The City is grateful for Mr. Minter’s public service and we join his family in mourning his passing. Flags in front of City Hall will be lowered to half-staff and a City Council meeting in the new year will be adjourned in honor of Minter’s service,” city officials said in a statement.

Minter was a passenger in the single-engine Cessna that took off from Santa Monica Airport heading towards Malibu, CBS Los Angeles reported.

According to a flight recording, the pilot reported engine trouble. He attempted to turn back around to the airport but opted to try an emergency landing on the shore instead, according to the news outlet.

In a recording obtained by KTTV-TV, air traffic control warns the pilot that “landing on the beach will be at your own risk.”

“I wish I had another choice,” the pilot replied.

The plane smashed into the surf near Venice Beach’s basketball and tennis courts in front of dozens of people, according to Los Angeles County lifeguards. The crash site is roughly 3 miles from Santa Monica Airport and located within the takeoff corridor.

Dramatic footage from Santa Monica’s Ocean Front Walk shows the plane fly past the famous pier while quickly descending above sunbathers dipping their feet in the water.

The plane forcefully lands in the shallow waters and its tail bounces over the nose before coming to an immediate landing on its back, the video shows.

Firefighters removed two people from the upside-down plane, one of them in cardiac arrest, authorities said. The pilot’s condition is unknown.

Minter was elected to the Santa Monica’s council in 1955 and served as mayor from 1963 to 1967, according to the city. He later served as City Attorney for Arcadia, and as a judge for the Los Angeles County Superior Court.

He and his wife Doris met at Santa Monica High School before he served in the U.S. Marines and opened up a law practice in Santa Monica after graduating from law school, the city said.

Current Santa Monica Mayor Gleam Davis said that she had spoken with Minter’s family and relayed the city’s condolences. 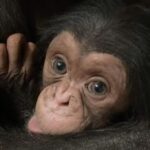 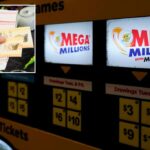