Former President Jimmy Carter turned 98 on Saturday and celebrated in Plains, Georgia — where he was born in 1924, while Calvin Coolidge was in office.

Carter, who has lived longer than any other president in US history, marked the occasion with his family, including wife Rosalynn, 95. He attended a parade in Plains and watched from a wheelchair.

A picture posted by the Carter Center showed Carter smiling and observing the parade from a wheelchair.

That evening, he was likely to watch his favorite team, the Atlanta Braves, on television as they battled for the top spot in the National League East, his grandson said.

“He’s still 100% with it, even though daily life things are a lot harder now,” Jason Carter, who now leads the Carter Center board, told the Associated Press. “But one thing I guarantee. He will watch all the Braves games this weekend.”

The ex-president and wife Rosalynn, 95, had appeared last weekend at a peanut festival in the small town last weekend, waving from a Secret Service-driven red convertible, the Washington Post reported.

Carter, a Democrat who served one term from 1976-1980, survived a skin cancer diagnosis in 2015 and injuries from a 2019 fall, Carter Center leaders told the AP. 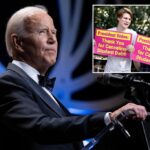 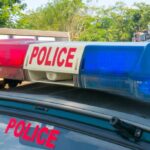