New details emerged Tuesday in the airport arrest of former NBA player Ben Gordon — including that he allegedly punched his 10-year-old son in the face that the child had a protection order out against him at the time.

Gordon, 39, has been charged with assault and resisting arrest over the alleged ordeal involving his son at LaGuardia airport late Monday, an NYPD complaint obtained by The Post shows.

The former shooting guard and Mount Vernon native allegedly assaulted his son near Gate 19 while they were waiting for a flight to Chicago at about 8:45 p.m.

When Port Authority officers arrived on scene, witnesses said they had seen Gordon allegedly hit his son with a “closed fist, striking [the] victim in the face,” according to the complaint.

Police added that further investigation determined Gordon’s son had an order of protection out against his father, the complaint said.

The boy suffered minor injuries and was treated at the Long Island Jewish Children’s Hospital, according to the complaint and law enforcement sources.

As cops tried to cuff the former Chicago Bulls player in the terminal, he allegedly resisted arrest by locking his arms, the complaint added.

Two Port Authority cops were injured as Gordon was nabbed, but the extent of their injuries wasn’t immediately known.

His airport arrest adds to the string of disturbing busts already on Gordon’s record.

Gordon was arrested twice in Los Angeles in 2017 for an alleged assault and robbery and for pulling fire alarms in his apartment building despite their being no flames.

He was busted twice in New York that same year — including one incident that saw him undergo a psychiatric evaluation following a bizarre altercation in a Westchester County store that he owned.

Gordon was also nabbed in Manhattan in late 2017 for driving with a forged Florida license plate.

The former Mount Vernon prep star and UConn national champion got his start in the NBA with the Chicago Bulls in 2004. He went on to play with the Detroit Pistons, Charlotte Hornets and Orlando Magic. 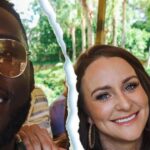 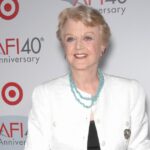