The former Nazi death camp secretary on trial for her complicity in the murder of more than 10,000 people broke her silence for the first time this week, saying she was “sorry” for the horrors inflicted on prisoners.

“I’m sorry for everything that happened,” Irmgard Furchner told the Itzehoe Regional Court on Tuesday. Now 97, Furchner was a secretary at the Sutthof concentration camp in Poland from June 1943 through April 1945.

Under German law, any person who helped Holocaust Nazi death camps operate, even if they did not work directly on the site, can be held responsible as an accessory to the crimes committed there. Furchner is the first woman to be tried in Germany for Nazi-era crimes in decades.

She is being tried as a juvenile because she was under 21 when she worked at the camp.

“I regret that I was at Stutthof at that time,” Furchner continued.

Despite receiving daily communication from the camp’s commander, Paul Werner Hoppe, Furchner previously denied any knowledge of Stutthof’s murderous aims. Her defense was complicated by her own late husband’s 1954 testimony that he was aware people are being gassed at the facility.

Even so, last week Furchner’s lawyers called for her acquittal, saying that evidence failed to prove “beyond the shadow of a doubt” that she was aware of the killings. Prosecutors, meanwhile, demanded a two-year suspended sentence.

The verdict will be announced on Dec. 20.

Furchner’s protracted trial is emblematic of Germany’s ongoing effort to reconcile the harrowing legacy of the Holocaust. Orchestrated by Adolf Hitler, the reign of terror saw the murder of at least 6 million Jews, as well as 5 million Poles, Soviet civilians and POWs, Roma, homosexuals, Jehovah’s Witnesses, and Afro-Germans.

In June, the Neuruppin Regional Court sentenced Josef Schütz, 101 to five years in prison for his role in the deaths of over 3,000 prisoners at the Sachsenhausen camp.

Like Furchner, Schütz denied the accusations. He will likely never serve time in prison due to the extended appeals process.

Both Furhner’s trial and Schütz’s conviction follow the precedent set in 2011 by John Demjanjuk, who was sentenced to five years in prison for aiding and abetting the murder of 28,060 Jews at the Sobibór death camp.

A former Red Army soldier, Demjanjuk was captured by Germans and trained as an SS guard before being stationed at the camp. During his 18-month trial, one Nazi expert called him “the littlest of the little fishes.”

While it is unclear if Furchner will ever serve jail time, her trial did shed light on the experiences of Stutthof survivors like Risa Silbert, 93, who testified via teleconference in August.

“Stutthof was hell,” she said.

“We had cannibalism…people were hungry and they cut up the corpses and they wanted to take out the liver.”

Born to a Jewish family in Klaipėda, Lithuania, Silbert was imprisoned at Stutthof with her mother and sister in August 1944. Her father and brother were murdered by German collaborators in 1941.

“If she worked as the commander’s secretary, then she knew exactly what happened,” she said of Furchner.

Another survivor, Joseph Salomonovic, 83, testified that “maybe [Furchner] has trouble sleeping at night.”

The end of Furchner’s proceedings also comes at a particularly fraught time, as rapper Kanye West’s rants praising Hitler and Nazis have led to a surge in anti-Semitism. Earlier this week, NYPD statistics also revealed that anti-Semitic hate crimes in New York City were up 125% in November compared to the same month in 2021.

Jonathan Greenblatt, national director and CEO of the Anti-Defamation League, said Jewish communities are bracing for backlash after West’s comments, warning that the vitriol was “escalating from ugliness to incitement.” 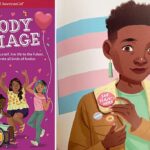 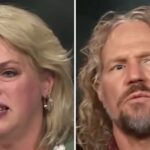