Ginny Burton, who was addicted to drugs, convicted of 17 felonies and served three separate terms in prison, told “Tucker Carlson Tonight” about why law enforcement needs to change its approach on crime.

She turned her life around and graduated from the University of Washington, but she said she owes it all to being incarcerated.

Now, Burton is calling on the Biden administration to stop coddling criminals and implement “incarcerating with intention,” a plan she said would help criminals get the help they need to get back on track.

“I’m extremely grateful in this moment that incarceration was an option for me because if I was using today, with the policies that are in place right now, I wouldn’t be where I am,” she said.

“We’re denying people an opportunity to actually thrive and to get their lives back. What I can tell you about my own experience is that I didn’t have the necessary skills to navigate society and if not for that separation, I wouldn’t have been able to accumulate the different kinds of services that I did in order to get me to where I am today.”

The mother of three highlighted how drug overdoses are skyrocketing nationwide, yet incarceration for drug-related offenses is decreasing.

She argued incarceration with intention would help people take control of their lives.

“What this would also do, is it would create more of a safety-net in the community. People that have been victimized, people that have been impacted by those who are committing crimes, which I want to say [is] probably upwards of 90% of people that are in active addiction commit crimes,” she told host Tucker Carlson.

“Those that are committing crimes are also using drugs and alcohol. These underlying causes would be addressed very intentionally so that we’re making sure that we’re attacking the problems when we have people separated from the destructive path,” she added.

Burton continued, saying the Biden administration is using a “harm-reduction approach,” a belief drug users aren’t able to stop using at any given time and will stop when they are ready.

“We have a lot of information at this point of what is needed, but we’re denying people that opportunity. We went from one end of the pendulum all the way over to this other side,” she explained.

“Harm reduction is inaction and inaction is actually an action. What it is, is sending a message that no lives matter in this nation.” 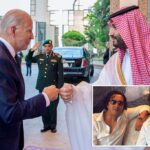 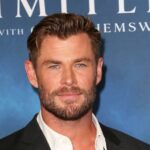