A former Blue Angels flight leader issued a response Tuesday to a San Francisco Democrat who suggested banning the historic Navy air squadron, inviting him to come see the show for himself.

Captain Eric Doyle joined “Fox & Friends First” to discuss his reaction to the suggestion and the broader theme surrounding the fighter jet demonstration.

“I think he should come join us at Fleet Week and see some of his constituents,” Doyle told co-host Carley Shimkus. “Fleet Week is one of the best air shows of the season. So many great people out there.”

“They’re excited, so I don’t think if they took a vote on it that that bill would pass right now,” he continued.

San Francisco District 5 Supervisor Dean Preston, who is a self-proclaimed Democratic socialist, made that suggestion in a tweet over the weekend.

“The Blue Angels should not be allowed to fly over San Francisco,” the tweet read. “That’s it. That’s the tweet.” He did not elaborate any further.

The Blue Angels were previously scheduled to perform on Sunday, but the demonstration was canceled due to fog.

“To take a note out of the mission statement for the Blue Angels, it’s to inspire a culture of excellence and service to country or just service, and that’s really what it’s all about,” Doyle said. “It’s not recruiting, it’s service. So putting the needs of others before the needs of your own, and that’s what we hang our hat on.”

“So honestly, that’s kind of what he’s doing right now,” he continued. “He’s serving his city and his country actually in a different way than maybe some of the service members in the military, but it’s really it’s all cut from the same cloth.”

Preston’s office did not immediately return a request for comment from Fox News Digital. 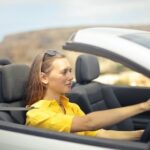 7 Factors to Consider When Choosing Your Arizona Car Insurance Policy 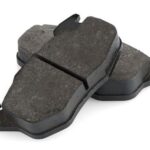 How Do You Know Which Brake Pads to Buy?