A former college physician was arrested on more than 50 charges of rape, sexual battery and other sex crimes 10 months after he lost his medical license for sexually assaulting eight patients.

“The indictment is a result of a year-long investigation that included the Greene County Sheriff’s Office, the Ohio Attorney General’s Office and the Ohio Medical Board,” Hayes told The Post Wednesday.

Gronbeck he served as the campus physician at Antioch from 2015 to 2019, as well as at his Yellow Springs medical practice.

The Ohio state medical board suspended Gronbeck’s license in February for sexually assaulting eight of his patients between 2013 and 2022 and engaging in a sexual relationship with one of them while still treating her.

Gronbeck also allegedly wrote a prescription for the cognition-enhancing medication Rivastigmine and gave it to one of his patients, who was also an employee, and told her to pass them out to her coworkers.

The Ohio Attorney General’s Bureau of Criminal Investigation and the Greene County Sheriff’s Office executed a search warrant at Gronbeck’s Yellow Springs practice in January after the eight women came forward with complaints.

At a press conference Monday, Ohio Attorney General Dave Yost called the allegations against Gronbeck “an incredibly graphic and brutal betrayal of trust.”

One of the victims recorded a portion of Gronbeck’s assault, Yost said.

Gronbeck’s attorney John Paul Rion told WBNS “there is definitely another version of the events as told by the prosecutor’s office.” 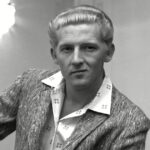 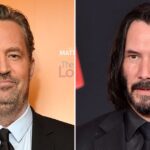