Gruesome new details have emerged about the brutal murders of disgraced South Carolina legal scion Alex Murdaugh’s wife and son — including how the boy’s brain was blown out of his head.

Murdaugh’s own legal team included graphic crime scene detail in a legal filing trying to get evidence thrown out before the once-powerful lawyer’s double murder trial starts on Monday.

It included images from the dog kennels where Murdaugh said he found his wife, Maggie, and their 22-year-old son Paul after they were blasted to death on June 2, 2021.

Maggie, 52, was found face down after being shot five times with a rifle, according to a report by forensics expert Kenneth Kinsey, who suggested three of the blasts were while she was standing.

But two of the shots would have been instantly fatal, hitting her brain. One of those first went through her left breast, the other was fired into the back of her head.

At least one appeared to be fired while she was “holding herself up on her knees and … her right hand with her shoulders and head down.”

The Murdaughs’ troubled son was also found face down, having been shot twice — with a shotgun, not the rifle used on his mom, Kinsey noted.

He was first hit in the chest “from several feet away,” leaving him standing and heading for a door — before the second bullet in the neck and shoulder blew out his brain and immediately killed him.

“Brain was severed and exited through the anatomical right side of (his) head. … Brain was completely detached from (his) head,” Kinsey added.

Because both mom and son died immediately there would be “no heartbeat (pumping blood)” and hence “no expectorated blood,” the forensic report stated.

Still, he reported that “the fatal shot to Paul’s shoulder, face and head would likely produce enough back spatter, and would be within range to contaminate the shooter,” Kinsey concluded.

The wound to his mom would also “be sufficient to produce back spatter,” though likely not enough to contaminate the shooter, he wrote.

Murdaugh’s lawyers included the graphic evidence in a bid to throw out testimony about apparent spatter found on a T-shirt the high-powered lawyer wore that night.

They accuse the expert of changing his opinion and findings, while also noting that Murdaugh had always admitted to being the one to find his kin in the bloody scene.

The filing, less than a week before Murdaugh’s murder trial is set to start, accuses prosecutors of having “immediately decided Alex was guilty, before anyone collected, investigated, or reviewed any evidence.”

“Unable to build a solid case,” they “instead engaged in a campaign of selective and deceptive leaks” — with “perhaps the most extraordinary” being news reports about the questionable finding of spatter on the shirt.

“The only possible motive for this leak was to convince the public that Murdaugh was guilty of the murders before trial, even before he was formally charged,” the filing stated.

“This leak was an extrajudicial statement made on behalf of the state with the deliberate intention to prejudice the present judicial proceedings.

Prosecutors have said that Murdaugh killed his wife and youngest son to distract from his damning financial crimes, which allegedly lined his pockets with nearly $9 million.

Murdaugh has pleaded not guilty and repeatedly denied any involvement in the slayings.

He later admitted to a secret, years-long drug addiction as well as stealing from his family law firm. He also admitted trying to fake his own murder in a scam to get life insurance for his surviving son, Buster. 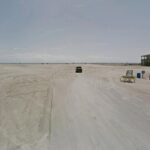 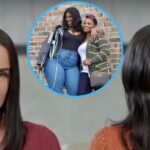