Forbidden Fantasy Show and Shine 2022 was held at the Avi Resort and Casino in Laughlin, Nevada from March 25-27, 2022.  The event welcomed in select mini trucks into the event, and we cannot wait for you to see who made the event! 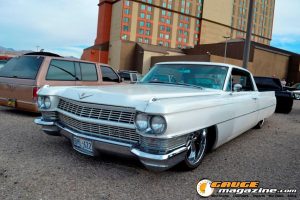 With the show being pre registration only, the 2022 show only had a few available due to rolling over the pre regs from 2020. BUT there were many more rooms available as the show switched to a new host hotels, The Laughlin River Lodge.  Not only was it larger with more rooms available, it was within walking distance of the other hotels as well!

Another change that come from Forbidden Fantasy Show and Shine 2022, the show changed from a 3 day event to 2 days. They still offered early roll in Friday evening with the show on Saturday.  This change helped out those who were coming from long distance so that way they could leave earlier while making it home on time to start their day on Monday.

This show on Saturday kicked off early but it soon became a challenger to get your ride cleaned and display set up before the heat set in.  Minitruckers took advantage of pools and beach areas along the river to keep cool.  As the sun start to go down, that’s when the fun started; raffles and trophies.

If this show is one you have been thinking on attending but haven’t, start making plans now so when they dates are announced you are ready to lock in your pre reg, they go fast!