A 13-year-old football player is back home after suffering a heart attack during a game last month.

Cash Hennessy suffered a heart attack on Sept. 17 in a football game in Rancho Cucamonga, Calif., for his San Dimas team. He’s been in the hospital for nearly a month, but he was seen leaving the Children’s Hospital of Orange County on Tuesday, per Eyewitness News.

“It feels great. I’m so happy to be home,” Hennessy said via ABC7.

While in the hospital, Hennessy and his family were getting a ton of support from friends, teammates and even some athletes around the area like Golden State Warriors guard Klay Thompson.

“You have so much greatness ahead of you,” Thompson said in a video to Hennessy. “Just keep your faith, keep your head high, keep saying your prayers and just lean on your family during this time.”

Hennessy had to have open-heart surgery after doctors found out about a congenital heart condition the family didn’t know about. He was placed on a ventilator for a while as Hennessy worked back from the surgery.

“I still feel kind of loopy from the anesthesia when they showed me them, so I was just more shocked than anything, and now I’m just kind of grateful,” Hennessy said.

Chad Hennessy, Cash’s father, said that the cardiologists were surprised that he was even allowed to go home at this point of his recovery.

“Every time he doubted Cash, Cash proved him wrong, and his recovery was so fast. He was just amazed,” Chad Hennessy said. 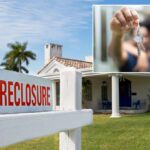 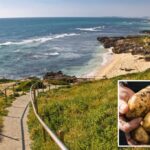