The football fan who fell to his death at Sunday’s game between the Steelers and Jets has been identified.

Dalton Keane, 27, fell from an escalator inside Acrisure Stadium in Pittsburgh at 4:45 p.m., police said. The fatal incident happened shortly after New York had defeated the home team 24-20.

Keane’s identity was confirmed to The Post by the Allegheny County medical examiner’s office Monday morning.

Paramedics had rendered aid on the scene and then rushed Keane to an area hospital in critical condition, police said.

He was pronounced dead at a hospital 5:10 p.m., 25 minutes after he fell, according to the medical examiner.

A close relative of Keane’s said he did not know what had led to the fall and was on his way to the morgue when contacted over the phone by The Post.

“We are aware of an unfortunate incident that occurred inside Acrisure Stadium today,” Steelers spokesman Burt Lauten said in a statement.

“We are working with local authorities and helping their investigation into the matter. We are sending our thoughts and prayers to the guest’s family.”

The incident is under investigation and was the latest tragedy involving escalators at NFL stadiums and football fans.

In July, a man fell from an escalator rail inside the Eagles’ Lincoln Financial Field during a The Weekend concert.

Later that month, a woman fell to her death from an escalator at Empower Field at Mile High Stadium in Denver after a Kenny Chesney concert.

Nine people were hospitalized last year when a moving staircase malfunctioned at a Massachusetts train station following a Patriots game at Gillette Stadium. The escalator seemed to reverse and send a group of people tumbling backwards, video showed.

In 2007, eight people were injured at Giants Stadium, including a person who lost part of their leg, when the bottom steps of a crowded escalator suddenly fell inward. 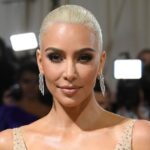 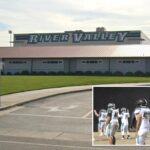