A Florida football coach was critically wounded when he used his own body to shield four children who were in his SUV from a drive-by shooting that killed a 13-year-old boy, his lawyer said.

Jacksonville attorney John Philips, who is representing the unnamed wounded coach, said his client was driving the boys home from football tryouts Saturday when a vehicle pulled up to the intersection of Moncrief Road West and New Kings Road in Jacksonville, and someone inside opened fire.

One of the children, 13-year-old Prince Holland, was killed, and an 11-year-old boy was injured in the shooting but was expected to recover.

So far, no arrests have been made in connection with the deadly incident, but Jacksonville Sheriff T.K. Waters on Monday vowed to pursue the case until the person or people who fired the shots are held to account.

“This grief has emboldened us and hardened our resolve,” Waters during a press conference on the steps of the Police Memorial Building. “To those responsible for this terrible act, know this: We will not rest, we will not tire, we will not waver.”

A reward totaling $14,000 is now being offered for information leading to an arrest.

Holland was the youngest of eight children and was remembered by his family as a “good kid” who was on the honor roll at school.

“He went to church every Sunday. He played sports. He took the other kids to play sports so they wouldn’t be out here doing drugs, smoking and being in gangs,” his mother, Chantel Brown, told the station News4Jax.

Holland’s dream was to play for the Kansas City Chiefs as a wide receiver when he grew up, according to Brown.

The heartbroken mother appealed to the public to come forward and speak up so that her son gets justice.

“Everybody wants to be quiet,” Brown said. “What if it was their son? What if that was their baby? They’ll feel like me.” 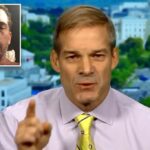 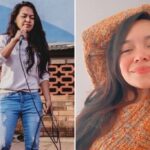