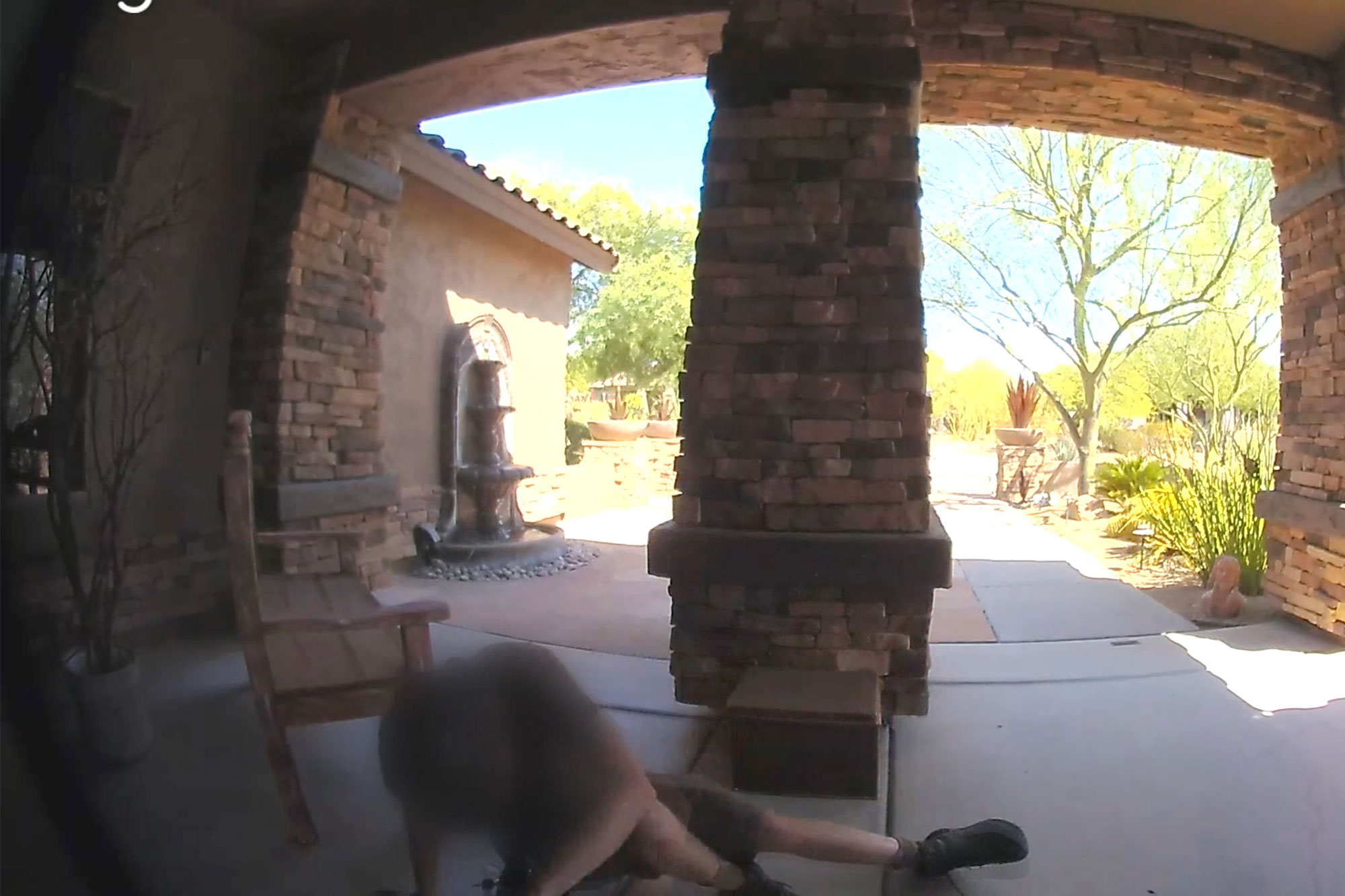 This UPS driver might need a cold snap this summer.

Doorbell footage caught one UPS delivery driver stumble and fall over as he worked in sweltering Arizona heat last week as much of the nation faces miserably hot temperatures.

The video, taken by a Ring doorbell system, showed a woozy UPS worker approach a Scottsdale home last Thursday before slowly keeling over while putting down an envelope, according to footage that was shared by the homeowner with KPNX of Mesa.

The worker, under the shade on the front porch, then sat with his back hunched over for a few seconds before he started to lie down, the footage shows. He immediately popped back up to a sitting position and eventually got to his feet to ring the doorbell before heading out.

Temperatures in Scottsdale were in the triple digits last Thursday as Arizona has faced extreme heat this summer.

Homeowner Brian Enriquez was at work when the UPS driver stopped by but received a notification from his front door system, the television station reported. He didn’t see the footage until later on after the driver already left.

“I was concerned for the fact that he was coming, stumbling to the door,” Enriquez told KPNX. “Had I gotten to my phone sooner, I could have talked to him through my Ring [doorbell] but he had already left the property at that point.”

Enriquez called police and reached out to UPS.

“I just want to make sure those guys are safe, you know, and with this heat, those guys don’t have AC in those trucks,” Enriquez told KPNX. “His safety is my concern.”

UPS said the worker was “fine” and “drivers are trained to work outdoors and for the effects of hot weather.”

The statement reportedly also said, “Our employee used his training to be aware of his situation and contact his manager for assistance, who immediately provided assistance. We never want our employees to continue working to the point that they risk their health or work in an unsafe manner.”