A Florida woman was arrested for allegedly pointing a gun at two women she mistakenly believed were cutting a long gas line in the aftermath of Hurricane Ian.

Terri Johns, 59, is accused of aiming a firearm at a car carrying the two women that she “felt was trying to skip the line to get gas,” Saturday, the Fort Myers Police Department said in a statement.

The car, however, was “simply trying to make a U-turn in the congested traffic,” authorities said.

Johns was hit with charges of aggravated assault with a deadly weapon without intent to kill and displaying a firearm during a felony, police said.

She was in custody at Lee County Jail as of Saturday night.

“This is the behavior that WILL NOT be tolerated at any time much less during this state of emergency,” Fort Myers police said.

Gas lines have been frustratingly long for people looking to pick up the pieces after Ian ripped through the Sunshine State days ago, with dozens dead from the storm’s unforgiving winds and heavy rain.

One man told the New York Times Saturday that he waited six hours to fill up canisters of gasoline.

Power outages were widespread across the damaged areas with the recovery expected to cost in the billions. 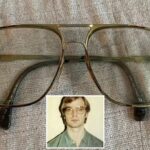 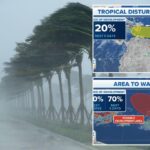