A Florida teacher was fired after she was apparently caught interrupting Muslim students as they prayed and accusing them of practicing “magic” in a TikTok video that has since gone viral.

The video — which was posted Thursday and has since raked up more than a million likes — shows three students at Franklin Academy, a charter school in Pembroke Pines, performing a prayer as one recites “Surah At-Tin” from the Quran, according to NBC News.

As the students pray, the teacher — who has not been publicly identified — can be heard in the background saying, “Hold on, this is my office and y’all doing all this magic.”

She then seems to then blow a whistle to try and get their attention, and walks directly through their prayers, even appearing to kick one of the student’s hands, according to the clip.

“I believe in Jesus, so I’m interrupting the floor,” the teacher said, before asking again why they were in her office.

The students ignore the teacher and continue to pray while someone else jumps in to respond, saying: “They’re praying.” Muslims participate in five daily prayers that require they keep their head bowed and prostate a number of times without interruption.

The video sparked outrage on social media and has been viewed over 3 million times.

In response, the school released a statement, saying: “Earlier today, a very troubling TikTok video was shared with our leadership team. The video appears to show a teacher interrupting students during a moment of prayer. Upon receipt of the video, organizational and school leadership began immediately investigating the situation.”

The school then noted that it “does not tolerate discriminatory behavior.”

“While we do not discuss personnel matters, we can share with you that the teacher in question is no longer a member of the Franklin Academy staff,” the statement continued.

“We thank our parents for partnering with us and trusting us with their child(ren) and their education. Through the continued communication that we foster as a team, our schools can only become stronger.”

The Council on American-Islamic Relations’ Florida chapter (CAIR-Florida) said incidents like this are why it’s important for school staff to have knowledge on other faith practices. 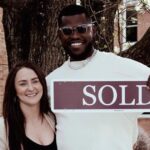 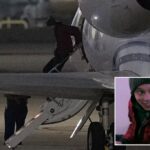