A Florida sheriff’s deputy was arrested Tuesday for having sex with a teen he supervised in the department’s youth cadet program, including several trysts while on duty, officials said.

The agency said Anderson acknowledged having illicit contact with the victim while on active police duty.

“The Bay County Jr. Deputy and Explorer Program is a program for youth that are interested in law enforcement,” Bay County Sheriff Tommy Ford said in a statement.

“It breaks my heart to know the damage that these actions have caused our kids in the program.”

Anderson has been placed on unpaid leave and is facing a sexual battery charge.

Ford said he planned to meet with parents of other teens enrolled in the program to address any concerns they have stemming from the arrest.

“We will not let the actions of one person destroy the many positive successes of this program,” Ford said.

Florida’s Law Enforcement Explorer program caters to those with “an interest for a career in law enforcement,” according to the Florida Sheriffs Association.

In a separate case of power being abused, a September sex-trafficking sting operation by the Polk County Sheriff’s Office — another Florida law enforcement agency — resulted in the arrests of 160 people including a Georgia police officer, Jason DiPrima.

Announcing “Operation Fall Haul II,” Sheriff Grady Judd said during a press conference that DiPrima, who was deputy chief of Georgia’s Cartersville Police Department, is “no longer a police officer.” 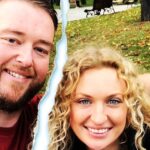 Are Mike and Natalie Divorced? Update 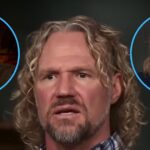 Where Sister Wives’ Kody Stands With Kids Amid Family Feud