FORT MYERS, Fla. – Headlights brighten the dusty roads under the soft complexion of pre-dawn light. With the landscape in ruins, it’s a new day in Southwest Florida.

People operating heavy machines move vessels, structures and personal belongings to the sides of roads. Survivors in these communities who evacuated also return to their homes destroyed and memories washed away by Hurricane Ian’s record storm surge.

Mike Mauger lost his home in the hurricane and doesn’t know where to go from here.

“Hopefully, we have insurance, some form of insurance. According to the insurance people, they were denying us right away,” he shrugged. “I don’t know how that works. I don’t know. I just don’t know.”

Standing on their driveway, Mauger and his significant other look upon their belongings in horror. The distraught look on their faces is excruciating as the inside of their home has been stripped already. Only the frame now stands with wood and concrete.

Up and down their block, all the homes now look like this. All the while, the American Red Cross is on the ground trying to assist.

“Looking around here right now, there is nothing more clear that people are going to need help for a long time,” said Lori Arnold, a Red Cross spokeswoman.

Residents are roaming their communities, trying to salvage what they can. The shock is beginning to wear off and the sadness all around is taking hold.

“It’s catastrophic, and I know that if we are feeling this way, we are not the only ones,” Fort Myers Beach resident Sheena Brook Stockton said.

She and her wife sheltered in their home that was partially destroyed in the storm. Clutched with their belongings in their arms, the couple walked off the island to safety in the immediate aftermath – both thankful to be alive.

With search and rescue operations still ongoing on the barrier islands, many residents can’t get back to what’s left of their homes and belongings.

And as the long days and nights continue, the suffering infiltrates the living.

“The vastness of how much this hurricane has affected everybody alike. Disasters don’t discriminate,” Arnold said.

Ian was indeed an unbiased and catastrophic storm, washing ashore feelings of anxiety, stress and worry about what the next steps will be for the millions of survivors in its wake. 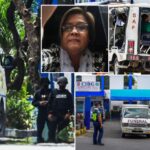 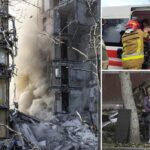