Congressman Greg Steube was hospitalized Wednesday after he fell off the roof of his Florida home, according to a report.

The incident was first reported by Florida Politics journalist Peter Schorsch, who said Steube (R-Fla.) was found outside his Sarasota home by a part-time aide of his colleague, Rep. Vern Buchanan (R-Fla.).

The aide made the discovery while working his second job as an Amazon delivery driver.

It’s unclear what condition Steube is in at this time.

First elected to Congress in 2018, Steube was sworn in earlier this month to serve his third term in the lower chamber representing the Sunshine State’s 17th Congressional District.

Before launching his political career, Steube served in the armed forces, as an Airborne Infantry Officer and a JAG Corps Officer from 2004 to 2008 and as the Chief of Detainee Operations for Multinational Division North in Iraq with the 25th Infantry Division from 2006-2007.

During the 2021 Congressional Baseball Game, Steube belted a rare out-of-the-park home run in the annual Democrat vs. Republican grudge match.

The game demonstrated Steube’s athletic prowess, as he also took the mound and tossed 120 pitches over 5 2/3 innings as the starting pitcher for the Republican side. 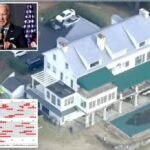 See how many days Joe Biden spent at his Delaware residence 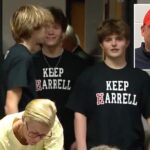