A young Florida sheriff’s deputy who only recently joined his department was shot and killed early Tuesday while serving a warrant on a suspected meth dealer, officials said.

The unidentified officer, 21, was attempting to arrest a suspect at a trailer park at roughly 3 a.m., according to Polk County Sheriff Grady Judd.

Speaking from the scene around dawn, Judd, visibly shaken, said four deputies arrived at the suspect’s residence after he failed to appear at a court date on drug charges.

“They entered the trailer successfully, shots were fired, and ultimately one of our very young deputies, 21 years age, he’s been with us a short period of time, died at Lakeland Regional Medical Center.”

It was not immediately clear if the suspected shooter had been arrested over the shooting, or if they too had been shot.

Judd declined to offer additional details and said he would provide an update later Tuesday after meeting with the fallen officer’s family members.

“There will be a procession as we move our colleague and our friend and our hero to the medical examiner’s office,” Judd said.

The officer’s body was transported by ambulance flanked by four police motorcycles, and other service members lined up and saluted as he passed. 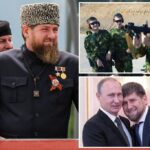 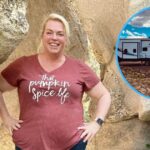 Where Does Janelle Live? RV or House