A heartless Florida man allegedly broke into a home, grabbed a bite, stole a hat – and killed the family puppy with a machete.

Alexander Hernandez-Delgado, 25, has been charged with aggravated cruelty to animals with a weapon and armed burglary in the break-in at the Dover home on Wheeler Road on Thursday.

The apparently ravenous intruder helped himself to the family’s food about 7 p.m. and proceeded to throw their belonging around the home, authorities said.

The homeowner reported that they saw the suspect strolling out of the home wearing a stolen hat.

Police then made the horrific discovery of the family’s puppy, which had been stabbed with a machete and left inside a crate near the living room door, the paper reported.

Deputies found Hernandez-Delgado at a nearby Dollar General and said he admitted to being inside the dwelling.

In addition to the burglary and cruelty counts, the homeless suspect also was charged with petit theft and was held on $50,000 bail.

“I have zero tolerance for abuse of any kind,” said Sheriff Chad Chronister, WEAR-TV reported.

“Unfortunately, this is not the first case of animal cruelty we’ve seen recently. I can’t stress enough how important it is to me that these suspects face charges,” he said.

The sheriff added that the brute has a history of violent behavior “and it is vital that he’s held accountable so he can’t continue to harm any innocent person or animal.” 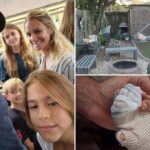 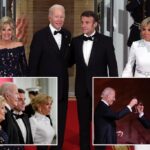