Hundreds of thousands of people were stuck without power and other basic needs days after Hurricane Ian ripped through Florida, as recovery from the deadly storm was estimated to easily cost billions of dollars.

First responders were going door-to-door in search of survivors or bodies of people who perished amid the Category 4 storm’s whipping winds that topped 150 mph and pounding rain that caused massive flooding.

The storm was believed to have killed at least 82 people in the Sunshine State, with another four deaths in North Carolina, according to an NBC count early Sunday. The Associated Press had a lower death toll of 47 in Florida from the hurricane.

Among the dead was an elderly couple whose oxygen machines turned off after they lost power, authorities said.

More than 1,000 people had been rescued as of Sunday morning, said General Daniel Hokanson, the head of the National Guard.

Rescue efforts also continued on Florida’s barrier islands with the US Coast Guard running evacuations by boat after road access was cut off.

Pine Island was akin to a war zone with many homes completely leveled and boats thrown on roadways.

Beach cottages and a motel on the shores of Sanibel Island with a population of 6,000 people were destroyed by the fierce storm with roof damage sustained to every home.

“Our electric system is pretty much destroyed, our sewer system has been damaged badly and our public water supply is under assessment.”

About 10,000 people were stuck in shelters in the state, the Miami Herald reported.

One Sarasota County man lost his small mobile home, but was opting not to stay in a shelter.

Tensions ran high on long gas lines with one woman in Lee County even accused of pointing a gun at a car with two women inside she wrongly assumed were trying to cut in front.

One man told the New York Times Saturday he waited on a line for six hours to fill up four cans of gas.

“Where’s all the fuel?” said Gary Jaworski, who got on line at 7 a.m. Saturday.

“Every gas station or filling station was to have a generator prepared to go at all times.”

Another man waited in his truck for hours two different days, but left each time before ever pumping gas, according to the Times.

Mark Eidys ended up sitting in a lawn chair while waiting in the walk-up line with three gas cans, the Times reported.

Residents in Orlando were asked to conserve water due to the damaged sewage system, the Times reported. Municipalities in almost two-dozen counties were under boil water notice as of Sunday afternoon.

Insurers estimated the recovery from the storm would be between $28 billion and $47 billion in claims, which could be the highest in Florida’s history, according to US property data and the analytics company CoreLogic.

In South Carolina, half of Pawleys Island had no power after the storm ran through the vacation spot that is 75 miles off the coast of Charleston.

President Biden and First Lady Jill Biden were expected to travel to Florida Wednesday after they stop in Puerto Rico Monday which is still recovering from Hurricane Fiona. 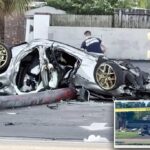 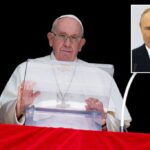