A shattered Florida dad credited his son’s beloved T-shirt with saving him from potentially lethal burns during a tragic accident in the family fire pit which claimed his mother’s life.

Nicole Foltz, 38, and her husband, Jeff, started a small blaze last month to repel bugs in the backyard of their Tarpon Springs home while with friends, WFTS reported.

The beloved mother-of-five poured gas on the embers of the fire in an attempt to keep it burning longer, but when the gasoline ignited it burned up to the gas can, causing a sudden explosion that left her with severe burns across 100% of her body. Nicole died in a hospital days later.

The couple’s 11-year-old, Jeffrey, sustained lesser burns on 40% percent of his body and is still recovering, but somehow his black T-shirt was completely unscathed.

“This shirt is what my son was wearing the night of the fire. This is his favorite shirt that his mother bought for him over the summer,” Jeff wrote in a heartwrenching Facebook post accompanying a picture of the shirt.

“I ask how did it not burn … Not one burn. The jacket he wore fell apart and was basically completely burnt both his arms and face but didn’t burn this shirt.”

The $23 shirt depicts a female character from the Japanese anime TV series Darling in the Franxxx, which is described as a “science fiction monster romance” and aired in 2018.

Jeffrey spent 12 tough days in the hospital before he was released, but his father kept vigil the entire time.

“I never left his side in the hospital, which is difficult, especially because I feel bad for other children there. I can see how it is to not have somebody that can be there for you by your bedside 24/7,” Foltz told WFTS.

The boy recently returned home, where he is still recovering but making good progress.

“He’s staying pretty strong. I’m sure the whole crew there was really surprised to hear that two days after we got home, he was walking,” his dad told Fox 13.

Foltz said the T-shirt has taken on new significance.

“I’m sometimes left now with questions of how,” Foltz wrote. “He is so happy to know he has this shirt that he can cherish forever, as am I!” 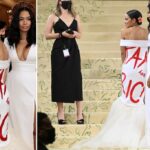 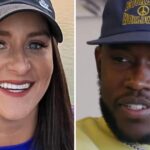