He was perhaps too buzzed on Thanksgiving.

A Florida business owner has been busted after his girlfriend accused him of drunkenly battering her with her sex toy.

Christopher Pacitto, the 45-year-old CEO and owner of Velocity Engineering Services, was arrested after a 4:30 a.m. bust-up with his girlfriend at a St. Petersburg motel on Thanksgiving Day, an arrest affidavit shows.

During an argument, the 6-foot-2, 300-pound business owner started packing his bags — then throwing all of his girlfriend’s items out onto the floor, the complaint says.

“During that process” he “hit her with a sex toy on her torso, leaving her with a bruise,” the affidavit says.

Police did not detail what sex toy was used. But it left a “bruise on [the] torso” of the CEO’s girlfriend of seven months, the report says.

Pacitto later “admitted to throwing items but does not recall exactly what items,” according to the report, which listed an “aggravating” factor as the accused sex-toy thrower being “under the influence” of alcohol.

Pacitto, from Fort Myers — about 110 miles from the alleged attack at the Blind Pass Resort Motel — was charged with first-degree misdemeanor domestic battery.

He was released Friday on $1,000 cash bond and ordered to keep away from his girlfriend, who was not identified. A lawyer entered a written not-guilty plea on his behalf, court records show. 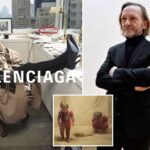 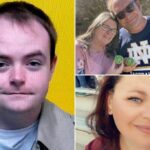