A Florida bartender hopped the bar to tackle a man for putting a woman in a headlock. Little did he know that the man was pointing a gun at her.

“In the video, everything looks so slow, but in the moment everything’s moving so fast,” said David Ghiloni. “I was protecting her. I didn’t even know there was a gun involved until I did tackle the guy.”

For his heroism, Ghiloni was given a lifesaving award from the Flagler County Sheriff’s Office.

“This courageous act of protecting the female and fighting off this shooter without a doubt saved lives that night,” said Sheriff Rick Staly. “I’m honored to be able to recognize David who so selflessly helped those in need and put his own life in harm’s way to protect others.”

The suspect, Connor Anderson, is facing several charges, including aggravated assault with a deadly weapon, shooting into a building and using a firearm under the influence. Anderson, reportedly upset that he could not find his keys, allegedly brought a gun into the bar, attacked the woman and fired six shots while being taken down. Remarkably, no one was seriously injured.

Ghiloni said he’s been overwhelmed with all the attention – from the award from Staly to members of the Palm Coast community where the bar is located.

“Being a nobody and then all of a sudden being recognized by the sheriff, the chief, and really the whole Palm Coast community,” Ghiloni said. “Now that I see the video and I slow it down, I can see how bad it could have turned out.” 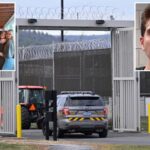 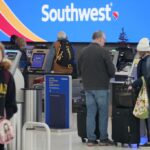