Marvelous income! Chris Evans has earned an impressive amount of money through his successful acting career. Keep scrolling to find out the Marvel actor’s net worth and how he makes a living.

What Is Chris Evans’ Net Worth?

Chris Evans has a net worth of $80 million, according to Celebrity Net Worth.

How Does Chris Evans Make Money?

The Boston native’s main source of income comes from his work as an actor.

After moving to Los Angeles, California, in September 2000, Chris booked the role of Cary Baston in the short-lived Fox comedy-drama Opposite Sex.

While the show didn’t take off, he continued getting hired and was cast in films including Not Another Teen Movie, The Perfect Score, Cellular and Fierce People.

In 2005, Chris starred as Johnny Storm/Human Torch in the Marvel Comic’s based movie Fantastic Four. He later reprised the role in the 2007 sequel, Fantastic Four: Rise of the Silver Surfer.

Outside of the Marvel universe, some of Chris’ more recent film appearances include Gifted, The Red Sea Diving Resort, Knives Out and The Gray Man.

As for television, the Nanny Diaries actor starred on AppleTV+’s miniseries Defending Jacob in 2020.

Additionally, Chris made his Broadway debut in the 2018 revival of the Kenneth Lonergan play Lobby Hero.

How Else Does Chris Evans Make Money?

In addition to acting, Chris has also worked behind-the-scenes of films. He made his directorial debut with the 2014 romantic drama Before We Go, which he starred in alongside Alice Eve.

The What’s Your Number? actor has also produced projects he’s acted in including Before We Go, Playing It Cool and Defending Jacob.

Chris – who was named People’s Sexiest Man Alive in November 2022 – has a number of projects lined up, including an acting and producing role for the film Ghosted.

He will also star as Gene Kelly in a currently untitled film, while he has been tapped to star in the action comedy Red One and in the upcoming Netflix film Pain Hustlers. 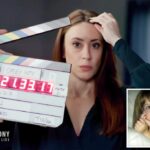 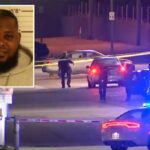