Ukraine President Volodymyr Zelensky took a shot at sharing a message of peace at the World Cup final — only to get blocked by soccer’s governing body, FIFA, according to a report Friday.

A source told CNN that Zelensky had asked to appear via video link at Sunday’s event in Qatar to address the worldwide audience of millions.

But the offer was rebuffed, the source said, shocking the office of the president who has made numerous similar addresses, including at the Grammys and the Cannes Film Festival.

“We thought FIFA wanted to use its platform for the greater good,” the source inside Zelensky’s office told the network.

Ukraine has not given up, however, and talks are still underway, the source said.

The initial knock-back came as Russia launched one of its biggest attacks in the war Friday, firing more than 70 missiles at its brutalized neighbor.

It also comes after FIFA has faced mounting criticism — including from players — for refusing to allow political messages to be spread during the first World Cup held in a Middle Eastern nation.

The governing body even threatened to penalize and sanction national team captains who hoped to wear rainbow-colored “OneLove” armbands in support of LGBTQ rights at the event.

FIFA did not respond to repeated requests for comment on the CNN report.

However, at a news conference Friday, FIFA President Gianni Infantino said that World Cup kept political messaging away from the football so that fans could enjoy “a little moment of pleasure and joy.”

“It is not about prohibiting. It’s about respecting regulations,” he said at a news conference. “On the field of play, we play football.”

Fans “just want to spend 90 minutes or 100 minutes or 120 minutes with penalties without having to think about anything else,” he said.

“We have to give these people a moment in time where they can forget their problems and enjoy football. Outside of the match everybody can express their views and opinions.”

Sunday’s final between Argentina and current champs France is expected to be the last chance for Lionel Messi, deemed by many to be the greatest player of all time, to win the sport’s top prize.

To get the elusive trophy, the 35-year-old Argentinian will have to beat a French side many see as a potential future best-ever, 23-year-old French sensation Kylian Mbappé. 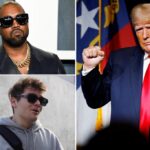 Donald Trump tells Jews ‘to be loyal,’ no mention of Kanye West 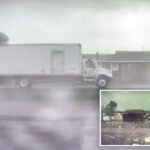