Pennsylvania Senate candidate John Fetterman (D) declared in his first post-debate interview that he’ll be “much better” by January — but he declined to say exactly how his stroke recovery will impact his job as senator if elected.

Fetterman appeared on MSNBC’s “The Reidout” with host Joy Reid on Thursday, once again doing an interview with the help of a closed captioning system because of lingering auditory processing issues as a result of his May stroke.

“All of our doctors believe that we are absolutely ready to be fit to be serving,” Fetterman told Reid when asked how his recovery may impact being a senator.

That response mirrored what Fetterman told debate co-moderator and local news anchor Dennis Owens when he pressed the candidate twice on Tuesday on whether he would release his medical records. Reid did not ask Fetterman if he has reconsidered his position on releasing those records.

“By January I will be much much better but Oz will still be a fraud,” the Pennsylvania lieutenant governor added, taking a swipe at his Republican opponent Dr. Mehmet Oz.

Fetterman also discussed Tuesday’s debate with Oz and the rationale behind appearing, despite his speaking difficulties.

“We thought is was Important to be there and we showed up,” Fetterman said.

Reid didn’t ask the Democratic Senate candidate about Sen. Chuck Schumer’s (D-NY) hot mic moment with President Biden in which the Senate majority leader was heard telling the president on Thursday that Fetterman’s debate performance “didn’t hurt us too much.”

Fetterman is still ahead of Oz but the race has narrowed considerably. The Democrat is ahead of the former heart surgeon by less than a point, according to Real Clear Politics, which predicts Oz to win on Election Day. 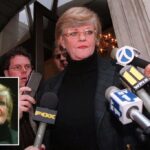 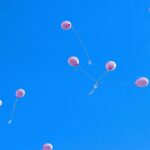