Chicago Federal Reserve President Charles Evans reiterated Monday that the fight against inflation is the Fed’s most important mission — even if that effort causes a major rise in US unemployment.

Evans argued that any uptick in unemployment would be a painful but necessary side effect as the Fed aims to lower prices by tightening monetary policy. The central bank has hiked its benchmark interest rate by three-quarters of a percentage point at three straight meetings.

“Ultimately, inflation is the most important thing to get under control. That’s job one,” Evans said during a Monday appearance on CNBC’s “Squawk On The Street.” “Price stability sets the stage for stronger growth in the future.”

“If unemployment goes up at all, that’s unfortunate. If it goes up a lot, that’s really very difficult,” Evans added. “But price stability makes the future better.”

The Chicago Fed president’s remarks were the latest indication that policymakers aren’t backing off their hawkish approach to inflation. That’s despite mounting fears among investors that the Fed’s rate hikes will go too far and tip the US economy into a lengthy recession.

Evans is a non-voting member of the rate-making Federal Open Market Committee. He is expected to exit that role in 2023.

Last week, the September jobs report showed the US labor market added 263,000 jobs in September. The national unemployment sank to a five-decade low of just 3.5% — a data point widely taken as an indication that the Fed will continue to sharply hike rates.

Investors are currently pricing in a 78.4% probability that the Fed will enact yet another three-quarter-point hike at its next meeting in November, with just a 21.6% probability of a more modest half-point hike, according to CME Group data.

While Fed Chair Jerome Powell previously warned that rate hikes would result in “some pain” for US households in the form of layoffs, the central bank’s current projection calls for the median unemployment rate will rise no higher than 4.4% through 2025.

See Photos of the Cast Now 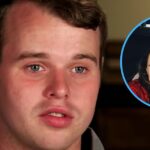