Chicago Federal Reserve President Charles Evans said he’s concerned that policymakers will hike interest rates too fast – an admission that came as a research firm reportedly said a US recession is a near certainty.

During an appearance on CNBC’s “Squawk Box Europe” on Tuesday, Evans addressed growing fears that the Fed is hiking interest rates at such a rapid clip that the central bank won’t be able to accurately weigh the impact its moves are having on the market.

“I am a little nervous about exactly that,” Evans said. “There are lags in monetary policy and we’ve moved expeditiously. You’re not leaving much time to look at each monthly release.”

Separately, Ned Davis Research projects a 98% of an impending global recession, according to Bloomberg. The firm’s analysts said their model showed a “severe” recession warning last present in 2020 and during the Great Recession in 2008 and 2009.

“This indicates that the risk of severe global recession is rising for some time in 2023, which would create more downside risk for global equities,” the Ned Davis Research analysts wrote in a note to clients.

Stocks have steadily sold off, falling deeper into bear territory, in the days since the Fed implemented its third straight super-sized interest rate hike. Fed Chair Jerome Powell reiterated the central bank was committed to taming inflation and signaled that further rate hikes of similar size would occur this year.

Despite his apparent concerns, Evans indicated he still supports the Fed’s policy road map, which calls for the benchmark rate to hit 4.5% by early next year.

“Again, I still believe that our consensus, the median forecast to get to the peak funds rate by March – assuming there are no adverse shocks and things get better, then we can perhaps do less,” Evans said.

Evans’ guidance is likely little comfort to investors. The Dow Jones Industrial Average and the S&P 500 each closed at their lowest levels since the height of the COVID-19 pandemic in 2020.

Poor market performance, coupled with the British pound’s crash to an all-time low against the US dollar, exacerbated fears of a looming global economic pullback.

Earlier this month, the World Bank that simultaneous moves by central banks around the world to hike interest rates had raised the risk of a global recession in 2023.

Evans told CNBC he is “optimistic” the US has a path to avoiding a recession, though he acknowledged the Fed has pursued a “very rapid increase” in its benchmark rate.

“If you go back to 1994 and ’95, the Fed increased interest rates by 300 basis points over the course of a year,” he said. “We’ve done that in seven months already and we still have a ways to go.” 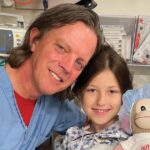 Being Next Level Means Giving Back and Changing Lives 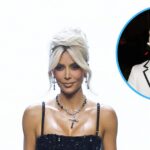 Kim Kardashian Wants to Date ‘Absolutely No One’ After Pete Split