Ukrainian officials are again warning of looming disaster after Russia stepped up its shelling of the Zaporizhzhia region — home to Europe’s largest nuclear plant — over the last few days.

The Russian army said Saturday that it had carried out over 160 missile strikes in the southeast region of Ukraine, where local officials said at least one woman was killed and two others were injured.

“Over the past day, Russian shells have covered 21 towns and villages of the Zaporizhzhia region,” Oleksandr Starukh, governor of the region, said on Telegram. “Our communities survived 166 shellings. Another 18 destroyed houses were added to the register.”

Meanwhile, the situation at the Russian-held nuclear power plant in the region is worsening, Ukrainian Energy Minister German Galushchenko said.

“The situation is indeed deteriorating,” Galushchenko told Ukrainian television. “It is getting worse not only because of the mental state of the remaining Ukrainian specialists but also due to the condition of the equipment.”

Ukrainian workers have remained at the plant after it was captured by Russian forces in March. The massive plant has repeatedly been a source of concern as having the potential for nuclear disaster as fighting rages around it. It has gone offline several times. UN inspectors who visited the plant in September found the situation “not sustainable.”

Energoatom, Ukraine’s nuclear energy company, said that Russian forces continued to build military fortifications at the plant, although they’ve been unable to start the station’s power units due to short staffing after approximately 1,500 Ukrainian specialists were banned from entering when they refused to sign contracts with Russian entities.

The International Atomic Energy Agency, the United Nations’ nuclear watchdog, has also worked to set up a safe zone around the plant.

“As this tragic war enters its second year, we must continue to do everything we can to avert the danger of a serious nuclear accident that would cause even more suffering and destruction for the people of Ukraine and beyond,” IAEA Director General Rafael Mariano said in a statement earlier this month. 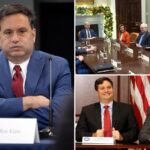 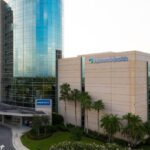