The senator wrote that whistleblowers have told his office that information on the Bidens’ alleged “pay-to-play” efforts in China, provided to the FBI by former Hunter Biden business associate Tony Bobulinski, is substantial — but that it’s unclear how closely the FBI is examining this evidence.

Grassley also wrote in the letter that he had been provided with potential evidence of criminal behavior linked to Hunter Biden’s work as a board member of Ukraine’s Burisma Holdings while his dad was vice president.

“The FBI has within its possession a series of documents relating to information on Mykola Zlochevsky, the owner of Burisma, and his business and financial associations with Hunter Biden,” Grassley states. “The documents in the FBI’s possession include specific details with respect to conversations by non-government individuals relevant to potential criminal conduct by Hunter Biden.”

Grassley closed his letter by attacking the FBI over its handling of the Hunter Biden probe.

“It is unclear whether the FBI followed normal investigative procedure to determine the truth and accuracy of the information or shut down investigative activity based on improper disinformation claims in advance of the 2020 election,” Grassley writes.

Grassley has previously released whistleblower claims alleging that evidence against Hunter Biden was incorrectly labeled “disinformation” within the FBI.

The letter was sent one week after the Washington Post reported that federal agents believe they have enough evidence to charge 52-year-old Hunter Biden with tax crimes — as well as lying about his drug abuse on a federal gun purchasing form. 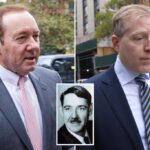 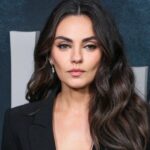 Photos of the Actress Not Wearing a Bra