The FBI denied asking Indiana cops to pull over Bryan Kohberger as he drove with his dad to Pennsylvania – though the agency was part of a law enforcement coalition that made the request.

“The December 15th traffic stops conducted on the vehicle being driven by Bryan Kohberger in Indiana were not requested or directed by the FBI,” the agency told Fox News in a statement.

The feds made the clarification after a law enforcement source told the news station an FBI surveillance team tracked the pair during their cross-country drive from Washington State to Pennsylvania.

Members of a law enforcement coalition, including the FBI, investigating Kohberger asked Indiana police to pull the white Hyundai Elantra over that day, according to the news outlet.

The task force wanted Indiana cops to grab footage of the suspect and his hands, the source said — possibly to check them for marks or wounds caused when he allegedly used a large knife to kill four University of Idaho students on Nov. 13.

Police pulled Kohberger over twice within minutes on I-70 in Hancock County outside of Indianapolis for following too closely, officials said.

Both times, the officers let Kohberger and his father, Michael Kohberger, 67, drive off with a verbal warning.

On Dec. 30, Kohberger was arrested at his parents’ home in Albrightsville, Pennsylvania, and charged with the murders of  Ethan Chapin, 20, Xana Kernodle, 20, Kaylee Goncalves, 21, and Madison Mogen, 21, in Moscow, Idaho, after they were stabbed in their beds during a seemingly senseless and unprovoked rampage.

An affidavit unsealed on Thursday showed the police had DNA evidence and phone records likning him to the crime scene, as well as footage of a car matching the description of Kohberger’s leaving the area shortly after the attack.

He made his initial court appearance in Idaho on Thursday after he was booked into the Latah County Jail following his extradition from Pennsylvania. He has yet to enter a plea, but has indicated to a lawyer he will be pleading not guilty. 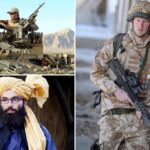 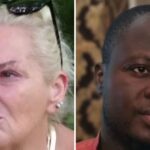