The FBI reportedly tracked accused Idaho killer Bryan Kohberger and his father as they drove from Washington State University to Pennsylvania – and asked Indiana cops to pull him over to secure images of his hands.

A law enforcement source told Fox News that an FBI surveillance team had its eyes on the pair during their cross-country drive last month, when they were stopped twice for following too closely.

The feds had asked Indiana state police to pull the white Hyundai Elantra over on Dec. 15 because they were seeking video images of the murder suspect, including his hands, the source told the outlet.

At that time, authorities were still building the case against Kohnberger, 28, who was arrested at his parents’ home in Albrightsville, Pennsylvania, and charged with four counts of murder.

Police pulled him over twice in quick succession on I-70 in Hancock County outside of Indianapolis for following too closely, officials said.

In both encounters, the officers let Kohberger and his father, Michael Kohberger, 67, drive off with a verbal warning.

Newly-released body cam video of one of the traffic stops shows the pair looking jumpy as they discussed a shooting at Kohberger’s university with an officer from the Hancock County Sheriff’s Office.

Earlier that day, a SWAT team had killed a man near Washington State University Pullman — where Kohberger had just finished his first semester as a PhD student — after he threatened to murder his roommates.

The incident was unrelated to the University of Idaho murders.

Kohberger was arrested Friday in the shocking Nov. 13 crime in Moscow, Idaho, where Ethan Chapin, 20, Xana Kernodle, 20, Kaylee Goncalves, 21, and Madison Mogen, 21, were stabbed to death.

On Tuesday, Kohberger appeared in Pennsylvania court where he agreed to be extradited to Idaho. He arrived back in Idaho late Wednesday and is expected to appear in court Thursday.

More details about the case are expected to be released following his Idaho court appearance, after which prosecutors can make his probable cause affidavit public, per local law.

Kohberger’s extradition attorney has said he plans to plead not guilty and his family have urged the public not to pre-judge the suspect. 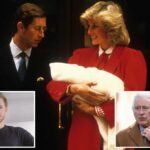 King Charles called me a ‘spare’ the day I was born 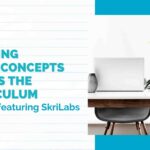 Teaching STEAM Concepts Across the Curriculum