Called out! Sister Wives star Christine Brown was slammed by fans for promoting a paid subscription to view her content, with some calling it unaffordable.

The Cooking With Just Christine star, 50, shared a sweet video via her Instagram on Friday, January 20, in which she showed off the pretzel she made in a previous Live video.

Although her video oozed with nothing but sweet and savory goodness, the TLC personality still faced a bit of backlash for charging subscribers.

“I support you but cannot afford yet another subscription for $4.99,” one social media user commented. “Ummm why does it cost to subscribe?” another chimed in, to which a separate person responded, “Because sadly, it’s all about the money. The MLM grift too. I am shocked that i don’t see more comments about how opposite of healthy some of the foods are all the while promoting ‘the healthy drink.’ Gluten is NOT a part of obtaining good health. Quite the opposite.”

Another fan weighed in to add that they “don’t really have enough to subscribe” along with a crying emoji.

According to the inn’s website, the retreat will take place from February 16 to February 19, and customers can choose between three packages, which cost between $4,000 to $6,000.

“Six. THOUSAND?!!! DOLLARS??!! What on earth could that include?!” one person commented under Meri’s Instagram video post on January 17. “Not gonna spend $6k to spend extra time with someone I wouldn’t walk out to my mailbox to meet,” another chimed in.

The LuLaRoe retailer, 52, has come under fire once before for offering an expensive retreat at her bed-and-breakfast. In October 2022, multiple Facebook users called Meri out for offering a similar Thanksgiving retreat costing between $4,500 to $6,400, which depended on whether a customer wanted “the VIP treatment or not.”

“Wow! That pricing is absolutely insane! You have officially lost my respect,” one person commented under Meri’s Facebook post that month. “You are using whatever ‘celebrity’ status you have to cheat people out of a ton of [money].”

Christine and Meri have experienced drama over the past several months on their hit reality TV series. During the September 2022 season 17 premiere, fans watched Christine’s split from ex-husband Kody Brown play out, which the pair officially announced in November 2021. By the end of the season, it was revealed that Meri and Kody, 54, had parted ways. Kody also split from second wife Janelle Brown, In Touch exclusively confirmed in December 2022. The only wife the polygamist has now is Robyn Brown. 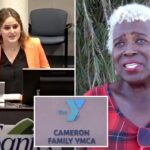 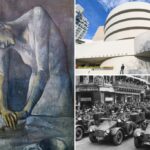