The family of Keaira Bennefield — the upstate New York mom-of-three allegedly executed by her estranged ex-con husband — is mulling a lawsuit against authorities who released her ex under the state’s lenient no-cash bail laws, their lawyer told The Post.

“The family feels authorities dropped the ball here, resulting in a heinous violent act and the murder of a daughter, sister and grandchild,” attorney John Froman said of the potential wrongful death suit.

Bennefield, 30, was allegedly ambushed and shot execution-style by Adam Bennefield as she took her kids to school on Oct. 5 — less than 24 hours after he was sprung on no bail over a caught-on-camera beatdown she’d posted to her Facebook page in a desperate plea for help.

“If bail reform was not in place, this individual would have never been released,” he said of Bennefield’s abusive spouse.

Just three days before she was killed, she told Cheektowaga Police, “I thought I was going to die” during the sickening Sept. 28 attack inside her home.

Froman told The Post he’s in the early stages of the legal investigation and wasn’t yet sure whether the suit would take aim at state authorities or local law enforcement — or both.

However, he said he has already uncovered disturbing red flags.

“The whole issue is should this guy have been on the street,” Froman said.

“Policing authorities had evidence that wasn’t shared with the DA’s office that would have resulted in him being remanded,” the attorney said, without elaborating.

“[Hochul] should be charged for the crime. She’s also responsible for the crime,” Hudson previously told The Post from her home in Buffalo.

Now that Hochul won a full term in Tuesday’s election, Hudson and her family are pleading with the governor to approve legislation that better compensates relatives in wrongful death cases, including ones that happened under New York’s no-cash bail laws, Froman said.

“They are strongly encouraging Hochul to sign the Grieving Families Act which is sitting on her desk,” he said. The state bill would vastly expand financial damages for emotional anguish.

A spokesman for Hochul said she is “reviewing the legislation,” which passed in the Senate in June.

Hochul has repeatedly spoken in support of no-cash-bail, claiming it will help fix racial and class disparities in the justice system.

Even after her surprisingly close win over Republican Lee Zeldin — who campaigned heavily on cleaning up crime — the Democrat appeared be in no rush to reform the state’s controversial laws.

“I will take the time with my team, and people in Criminal Justice Services, my advisors and my legal team to come up with any way we think we can improve public safety,” Hochul said Thursday in Puerto Rico where she is attending an annual conference of New York Democrats.

Crime is up a disturbing 29% in the Big Apple, according to the latest NYPD data through November 6. Felony assaults, rapes and robberies have all risen by double digits.

For weeks before her death, Bennefield had begged cops for protection from her spouse, who has a prior conviction for kidnapping another ex at gunpoint.

However, Adam Bennefield was charged only with misdemeanors, including third-degree assault, fourth-degree criminal mischief, second-degree menacing, and second-degree unlawful imprisonment.

The low-level charges prevented the judge from setting bail. After the shooting, he was charged with second-degree murder.

Bennefield pleaded not guilty to murder, aggravated criminal contempt and three counts of endangering the welfare of a child during his Oct. 21 arraignment. 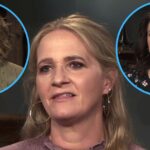 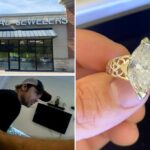