The search for missing teen Chloe Campbell is expanding beyond her home state of Colorado to Arizona and New Mexico.

The 14-year-old was last seen on September 30 accompanied by two older men in Boulder, Colo. leaving a football game and her worried parents are now appealing for volunteers to help raise the alarm about her disappearance in neighboring states.

“If you are willing to join our effort to find Chloe, which includes distributing or posting flyers, posting on social media, attend a vigil, or generally help the effort to find Chloe – please sign up here,” her parents David Campbell and Jessica Knape wrote in a Google document which they they have made public to share information about their daughter’s case.

“We are especially looking for support from individuals in adjoining states (AZ, NM etc.)”

Chloe’s family had previously stated they believed she could be in Arizona, based on cryptic text messages, which have included a picture send to them from a mystery Snapchat account in which she “looked injured and unwell,” according to her father.

“Friends have received messages that they believe could be from Chloe saying she is safe with a ‘family’ in Arizona and does not want to return home, but family and police have been unable to confirm if these messages are, in fact, from Chloe or true,” said the Boulder Police Department in a statement.

The family have made numerous pictures of Chloe and a description public in the effort to find her. Seeking volunteers in neighboring states is the first indication the search could be widening to a larger area.

Eyewitnesses said they saw Chloe on September 30 with the two men — one who was described as Asian, the other was said to have a beard.

“She was described by eyewitnesses as being with two men — older men, too old to be in high school,” her dad, David, said.

When she first disappeared, Boulder Police classified Chloe as a runaway.

A release from the force explained: “Investigators have received some information from friends who appear to have been in contact with Chloe, and there have been a few reported sightings of her in and around the Boulder area. However, no one in her family has spoken with Chloe since Sept. 30.”

Because of this, the police initially concluded: “This case presently does not meet the criteria for the issuance of an Amber Alert, but investigators are growing increasingly concerned about the teen’s safety as it is believed that she has no access to money or her medication.”

The family said Chloe takes medication for physical and mental conditions. They have also said they “believe there are still friends who know more than they have shared with law enforcement,” about the case.

The National Center for Missing and Exploited Children has issued an alert for Chloe, as her family fears that she could be the victim of sex traffickers.

John Andrew Ramsey criticized Boulder Police at the weekend for not doing more to help find the teenager. The police department were the agency who investigated the never-solved murder of his half-sister, tragic beauty queen JonBenet Ramsay who was found dead in their family home in 1996.

“Damnit @boulderpolice get off your ass and find this child! Have you ever met a 14yr old kid? Not usually trusted to make sound rational decisions,” he tweeted.

In their description of Chloe, the family say she is about 5 feet 6 inches tall and 120 pounds, with blue eyes and blonde hair and was last seen wearing a black hoodie, a purple top, and blue jeans.

Sending a direct message to her, her mother said: “Chloe, honey, we love you so much. You are not in trouble. If you can come home please do and if you can’t, we will not stop until we find you.” 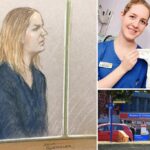 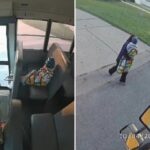