The family of a 21-year-old man who was crushed to death at Travis Scott’s ill-fated Astroworld concert has settled a lawsuit against the rapper, Live Nation and others involved in the tragedy.

Axel Acosta Avila, a computer science major at Western Washington University, died of compressive asphyxiation during a fatal crowd crush during the Scott’s performance at NRG Park in Houston in Nov. 2021.

He was among 10 people killed at the festival.

In the wake of the incident, attorney Tony Buzzbee filed a $750 million lawsuit on behalf of Acosta Avila’s family and 125 other victims seeking damages for loss of mental and physical health and loss of human life against a long list of defendants — including Scott, Drake, event organizers Live Nation, Apple, Epic Records and the Harris County Sports and Convention Corp.

On Thursday, nearly one year after the disaster, Buzzbee confirmed that Acosta Avila’s family had settled, however the terms of the agreement have not been disclosed.

“The Buzbee Law Firm announced today that the claims brought by the family of Axel Acosta against Travis Scott, Live Nation, and others involved in the Astroworld tragedy have settled,” Buzzbee said in a statement on social media. “The terms are confidential.

“Victim Axel Acosta was a beloved son, brother, and student. He was kind and loving. He is greatly missed. Please keep his family in your prayers.”

When Buzzbee filed the statement, he wrote that while judgment sought is justified, “No amount of money will ever make these Plaintiffs whole; no amount of money can restore human life,” according to Fox Business.

“The damages sought in this case attempts to fix, help, or make up for the harms and losses suffered by these Plaintiffs,” the suit reads. “The quantum sought includes sufficient punitive damages to punish and make an example of all involved in the streaming, promotion, organization and failed execution of the concert, and also to encourage those who engage in such activity in the future to do so with safety at the forefront.”

The suit also cited Scott’s history of inciting rowdiness during his shows and includes screenshots of his social media posts over the years in which he showed bloodied and passed-out fans, according to Fox Business.

A separate $2 billion lawsuit on behalf of 282 victims was filed by San Antonio-based attorney Thomas Henry the next day.

Over 50,000 people attended the concert. Those killed were between the ages of 9 and 27. Another 25 victims were hospitalized and over 300 were hurt.

The annual festival, which was not held in 2020 due to the coronavirus pandemic, first took place in 2018, the year that Scott released his album “ASTROWORLD.” 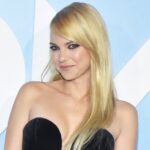 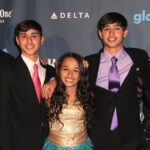 Get to Know ‘I Am Jazz’ Star Jazz Jennings’ Family: Details on Her Parents, Siblings and More