A New Jersey jiggle joint that famously doubled as the Mafia’s strip club hangout on “The Sopranos” is being sued by the family of a man killed during a parking lot brawl with drunk customers, according to a new lawsuit.

Satin Dolls in Lodi — which was the location for Tony Soprano’s infamous “Bada Bing” topless bar in the classic HBO series — is being accused of over-serving booze to the five patrons who fought with victim Marko Guberovic, 38, and allegedly pushed him into traffic, according to court documents cited by NJ.com.

The Clifton man wound up being struck and killed at 3:30 a.m. on May 22, 2021 on Route 17 by a passing driver — who allegedly had gotten drunk at another bar and shouldn’t have been driving.

Bartenders and owners of the topless bar should have known that the New York men “would be aggressive and violent towards others, including Marko Guberovic” after they were served too much booze, according to the suit, which was filed Tuesday in the Superior Court of Bergen County.

The attackers allegedly punched Guberovic several times, causing him to stumble and fall onto the highway, according to an affidavit of probable cause.

The five men then fled together in a Jeep and were later charged with aggravated manslaughter, according to the Bergen County Prosecutor’s Office.

Driver Bryan Wood, of Fort Lee, had allegedly been drinking at a different bar when he struck Guberovic. Wood, 36, was charged with operating under the influence and vehicular homicide, according to court records.

Guberovic’s family is also suing the five men who beat him along with the individual strip club bartenders.

Wood and the unnamed bar that allegedly served him too much alcohol are named in the suit, too. 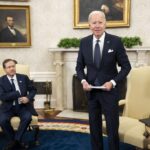 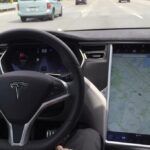