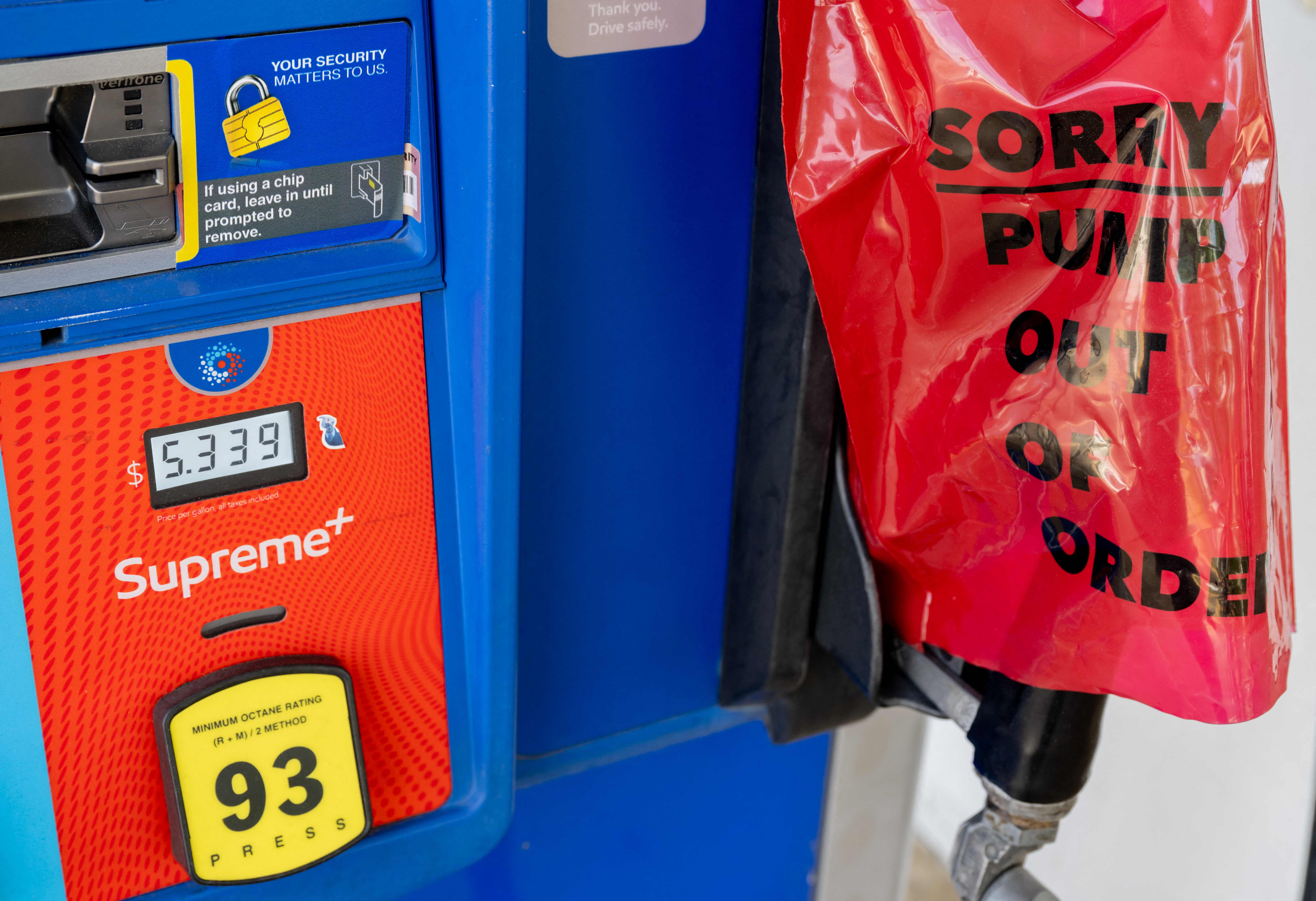 GasBuddy head of petroleum analysis Patrick De Haan explained what factors could cause falling gas prices to “stall out,” warning that “we are not out of woods yet just.”

De Haan made the argument on FOX Business’ “Mornings with Maria,” Monday, as the national average for a gallon of gas slipped slightly to $4.52 from $4.53 the day before, according to AAA.

De Haan told ‘Mornings with Maria’ that “the potential is there” that the U.S. could “see the national average falling under $4 a gallon by mid-August.”

The analyst then warned that there are “still a lot of potential challenges,” which include hurricane season and the outcome of earnings season.

“We’re seeing some pretty good earnings reports coming out, which is pushing up the prospects that maybe the economy won’t head for that deep recession,” De Haan said.

“So keep in mind, while the future may look good with falling prices, if we see continued positive economic data, we could eventually see those falling prices stall out short of that $3.99 handle.”

De Haan provided the insight as oil rose above the $100 per barrel level on Monday.

“We are not out of woods yet just because prices are falling, things are still very tight globally; supply is, demand for gasoline, especially diesel, is also problematic.

He went on to note that because “supplies are still very constrained, if we get one major hurricane in the Gulf of Mexico that shuts down, a couple of major refineries, we are going to go right back up.”

“And so motorists should be faced with the reality that while we’re enjoying lower prices, Americans are now spending $200 million less per day. We can go right back up to some of those apocalyptic numbers should we see the right hurricane knocking out some of that vitally needed supply,” De Haan continued.

Millions of Americans have been experiencing financial strain as inflation remained painfully high in June, with consumer prices hitting a new four-decade high that exacerbated the situation.

Last week, the Labor Department revealed that the consumer price index, a broad measure of the price for everyday goods, including gasoline, groceries and rents, rose 9.1% in June from a year ago. Prices jumped 1.3% in the one-month period from May. Those figures were both far higher than the 8.8% headline figure and 1% monthly gain forecast by Refinitiv economists.

The data marked the fastest pace of inflation since December 1981.

Price increases were extensive: Energy prices rose 7.5% in June from the previous month, and are up 41.6% from last year. Gasoline, on average, costs 59.9% more than it did one year ago and 11.2% more than it did in May.