The New Mexico man accused of masterminding a series of shootings at Democratic officials’ homes in December and January was denied bond on Monday.

State District Judge David Murphy agreed with prosecutors that 39-year-old Solomon Peña, a failed Republican candidate for New Mexico statehouse, is too dangerous to be let out of jail and ordered him to be held in custody pending trial.

Peña is facing multiple counts, including shooting at a dwelling, aggravated battery with a deadly weapon, and possession of a firearm by a felon.

Prosecutors described Peña as the “ringleader” of the group that shot at the homes of Democratic lawmakers in Albuquerque. He allegedly paid $500 to four men and went along for the final drive-by, according to police. No one was injured in the shootings.

The shootings began on Dec. 4, 2022, about a month after he received just 26% of the vote in the race for New Mexico House District 14. The final shooting occurred around midnight on Jan. 3 at the home of state Sen. Linda Lopez, who said that multiple bullets passed through her 10-year-old daughter’s bedroom.

Peña was previously incarcerated for nine years after being arrested as part of a burglary crew in April 2007.

His defense attorney argued in court on Monday that he had turned his life around after getting out of prison and that no DNA evidence had linked him to the weapons seized during the investigation.

Police are also investigating whether donations made to Peña’s campaign were generated in part through drug trafficking. 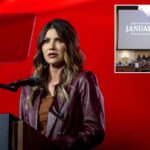 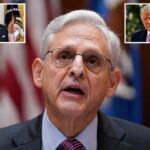