“The real public interest here was being served by exposing the full extent of the corruption that was involved in Russiagate and the abuse by the FBI in that whole episode,” Barr said on Fox News’s “America’s Newsroom.”

“And I think Durham is going to get a report out that will lay out all the facts,” Barr added.

Barr appointed Durham in 2019 to investigate the FBI’s 2016 probe into alleged collusion between Russia and members of Donald Trump’s presidential campaign.

On Tuesday, a jury found Igor Danchenko not guilty of 4 counts of lying to the FBI in perhaps that final trial related to Durham’s investigation of the investigators.

“I was disappointed, obviously. I think they did a good job prosecuting the case,” Barr said of the trial. “Their ability to put evidence on in a very difficult case was limited by some rulings. They weren’t able to get access to some witnesses overseas. It was a tough case.”

Despite Danchenko’s acquittal, the trial produced a series of revelations about the bureau, such as testimony from an FBI analyst who said the bureau offered Christopher Steele, the former MI6 spy who compiled the dossier, $1 million in October 2016 to make outrageous claims against Trump stick.

Charges brought by Durham against former Hillary Clinton campaign lawyer Michael Sussmann also failed in May of this year when Sussmann was acquitted of lying to the FBI.

Durham’s lone investigative success was being able to get former FBI lawyer Kevin Clinesmith to plead guilty in 2020 to falsifying documents in order to get a warrant against Trump campaign aide Carter Page renewed.

Despite the ups and downs of the investigation, Barr said on Wednesday that he felt Durham’s probe and upcoming report will lay the groundwork for future congressional investigations of Russiagate.

“I think it will leave a very good foundation for pursuing it further on the Hill,” Barr said of Durham’s report.

The special counsel is not expected to bring any more charges against individuals as a part of his investigation and is believed to be preparing his final report on the matter, which will be delivered to Attorney General Merrick Garland. 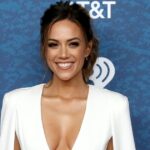 Singer’s Best Looks Without a Bra 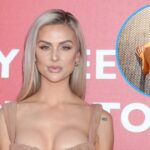