That dangerous blizzard everyone is talking about this week will become a bomb cyclone as it wallops the Midwest and Great Lakes later this week. It will also bring damaging winds as it spreads toward the East Coast, creating a travel nightmare for millions ahead of the Christmas holiday weekend.

The term “bomb cyclone” comes from the meteorological term “bombogenesis” or “explosive cyclogenesis.” This happens when a storm system’s central pressure drops at least 24 millibars within 24 hours. A low-pressure system that achieves this mark becomes known as a “bomb cyclone.” Meteorologists also use the phrase “bomb out” to describe the phenomenon.

Bomb cyclones are more common in the Pacific Ocean but do happen in the Atlantic Ocean.

“Bombogenesis is fairly common in the Pacific Ocean region because there is enough water surface area for strengthening. It has happened a few times on the Atlantic coastline; however, it is not as common there,” said FOX Weather Meteorologist Stephen McCloud.

“Forecasting this phenomenon is rather difficult to do especially when there are changes in forecast model runs. Most of the time, this happens in real-time situations. It is easy to pick out, especially on the satellite, when you see bombogenesis occur,” he added.

Not all bomb cyclones happen in the fall and winter months. A study published in the Journal of Applied Meteorology and Climatology looked at 783 bomb cyclones over 15 years in the Pacific Ocean.

The study found in 69% of cases, bomb cyclones frequently happened from December to February and early March. According to researchers, the frequency depends on the region of the Pacific where the storm is located, with a peak in March and the second peak in October, November and December. 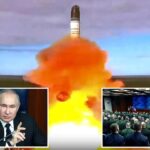 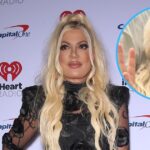