The former superintendent of the Loudoun County, Va., school system has been indicted over his handling of two sexual assaults against female students in the district — a case that played a central role in last year’s Virginia gubernatorial election.

District spokesman Wayde Byard was indicted on one felony count of perjury for allegedly lying under oath on Aug. 2 and was placed on administrative leave.

Ziegler was fired after the special grand jury issued a scathing report on the assaults, which were perpetrated by the same male student on May 28, 2021 at Stone Bridge High School in Ashburn and on Oct. 6, 2021 at nearby Broad Run High School.

The incident drew national attention after the father of the victim in the first assault was arrested at a school board meeting on June 22, 2021. The dad, identified as Scott Smith, had charged that his daughter had been raped by a “boy in a skirt.”

At the same meeting, Ziegler said that “the predator transgender student or person simply does not exist,” and added that “to my knowledge we don’t have any record of assaults happening in our bathrooms.”

However, emails that surfaced weeks after the Oct. 6 assault indicated that Ziegler notified school board officials about the May 28 attack on the same day that it happened. The special grand jury report described Ziegler’s statements at the June 22 meeting as a “bald-faced lie.”

The assailant was quietly transferred to another school, purportedly in an effort to limit backlash over a district policy allowing students to use bathrooms that correspond to their gender identity.

According to the special grand jury report, teachers at both schools warned administrators of the student’s disturbing conduct weeks before each assault, with the teen’s grandmother warning a probation officer that her grandson was a “sociopath.”

In January of this year, the boy was sentenced to a residential treatment facility until he turns 18 and ordered to be placed on the sex offender registry for the rest of his life.

In handing down the sentence, Judge Pamela Brooks said psychosexual and psychological evaluations of the teen had “scared me.”

Then-Republican gubernatorial candidate Glenn Youngkin vowed in the closing days of the 2021 election campaign to investigate Loudoun County Public Schools’ handling of the assaults, saying the district “had a duty of care and they failed.”

Youngkin signed off on the investigation hours after being sworn into office in January of this year. The special grand jury was empaneled in April and moved to charge Ziegler and Byard in June and September, respectively, though the indictments were only unsealed Monday.

Two of the misdemeanor charges against Ziegler stem from his alleged retaliation against special education teacher Erin Brooks “for expressing views on matters of public concern” and for making a court appearance.

Brooks filed a lawsuit against the school district in June, claiming that her contract wasn’t renewed after she complained that a student had repeatedly sexually assaulted her.

Youngkin expressed his gratitude toward Miyares and the special grand jury in comments to WJLA-TV Sunday, before the indictments were unsealed, saying that the district “didn’t do their job.”

“The fact that it took an election, a new governor, and on day one an executive order to get this investigated, I think, really speaks to the fact that I think the Loudoun County School Board let everyone down and didn’t do their job,” he said.

“I’m so proud of the Attorney General’s Office,” Youngkin added. “And I want to thank the grand jury for the extensive effort and work that they put in to illuminate what was a terrible, horrific circumstance for all Loudoun County and Virginia.” 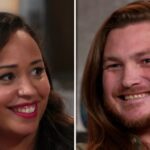 Are Tania and Syngin Divorced? Update 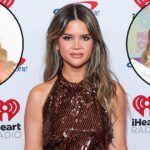