Korean diplomacy has gone to the dogs.

South Korea’s former President Moon Jae-in said Monday he plans to give up a pair of hounds sent to him as a gift by North Korean dictator Kim Jong Un after their meeting in 2018.

Moon has raised the white Pungsan dogs named Gomi and Songgang since their arrival in the South and took them to his home after his term ended in May.

The dogs are legally categorized as state property belonging to the presidential archives, but Moon’s office said he was entrusted as their caretaker under consultation with the archives and the interior ministry, an unprecedented move.

The agencies had sought a legislative amendment to facilitate the move including financial support. But that effort fell apart reportedly because of “unexplained opposition” from Moon’s successor, incumbent President Yoon Suk-yeol.

“The presidential office seems to be negative toward entrusting the management of the Pungsan dogs to former President Moon,” Moon’s office said on Facebook.

“If that’s the case, we can be cool about it, as such an entrustment is based on the goodwill of both sides … though ending it is regretful given they are companion animals he grew attached to.”

Yoon’s office denied foiling the move, saying the agencies are still discussing it and that it has not played any role.

The Chosun Ilbo daily reported earlier Monday, citing unnamed government and parliamentary officials, that there was debate over whether to provide Moon with monthly stipends totaling the equivalent of $1,800.

An official at the Ministry of Government Legislation said it has not opposed the idea and the discussions are ongoing.

The pair of dogs — a male and a female — were given to Moon after his third summit with Kim in Pyongyang as a symbol of the leaders’ burgeoning friendship.

The pooches welcomed seven puppies in the course of Moon’s presidency, and he had taken Songkang, Gomi and one of their offspring with him to his private home after leaving office.

The Pungsan breed — a hunting dog with a thick, creamy white coat, pointy ears and hazel eyes — is originally from an area of the same name in North Korea. 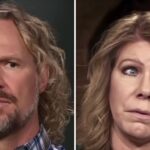 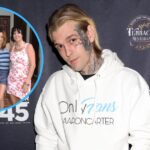